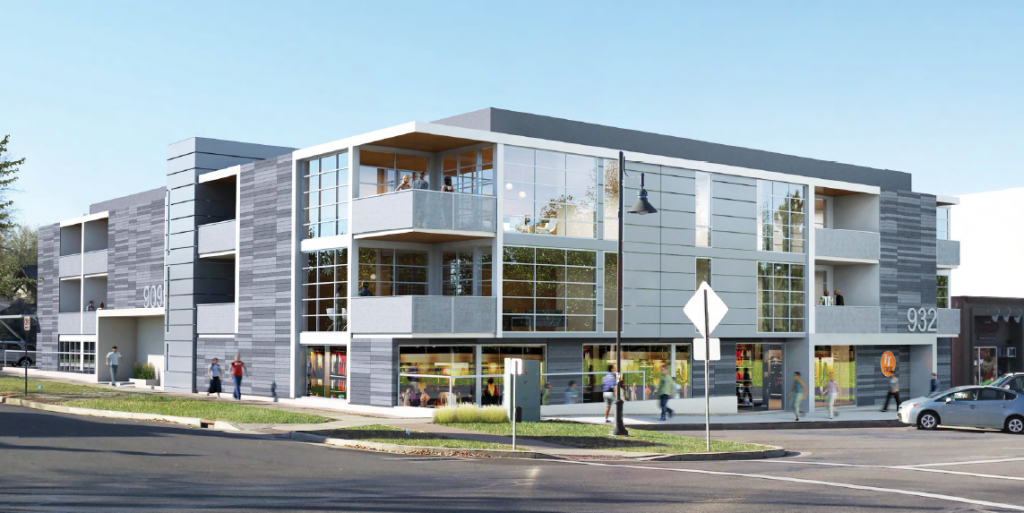 Parking concerns are not a valid reason to deny a project under the Conditional Building and Site Design Review process.   That was the decision of Salt Lake City Appeals Officer, Mary J. Woodhead, who sent a denied project back to the Salt Lake City Planning Commission.

That project, a proposed mixed-use development in the 9th and 9th neighborhood, went back in front of  Planning Commission Wednesday, where it narrowly passed by a four to three vote.

The project’s developers faced an angry group of residents in a February Commission meeting.  In that meeting Commission members repeatedly questioned the developers about resident’s parking concerns, though the project exceeded the minimum parking requirements.

According to Whitehead, the Commission’s decision was reversed “because there was no evidence in the record to support a finding that any parking or traffic problems evidenced in the record were community-wide.”

Whitehead argued in City documents that “the Commission failed to distinguish between neighborhood and community-wide impacts and improperly relied on limited evidence of parking and traffic problems within a few blocks of the project.”

There was no public hearing during Wednesday’s Commission meeting.  Several Commission members expressed concerns about the project’s street engagement along Lincoln Avenue and 900 South.

Plans for the three-story development at 932 East 900 South,  include two floors of residential and one floor of retail.  The residential component will consist of 28 units that will range from studios to two-bedrooms, occupying the second and third floors.  A parking structure and 5,000 square-feet of retail space fronting 900 South will occupy the ground floor.  The parking structure will provide 25 parking spaces accessed from Lincoln Avenue.

Under current zoning codes, mixed-used residential projects need to provide one parking space for every two units.  The relaxed parking requirement is through the “pedestrian exception” given to projects with mixed-uses and active street engagement.  Without the exception, the 9th and 9th project would need to provide 53 stalls.