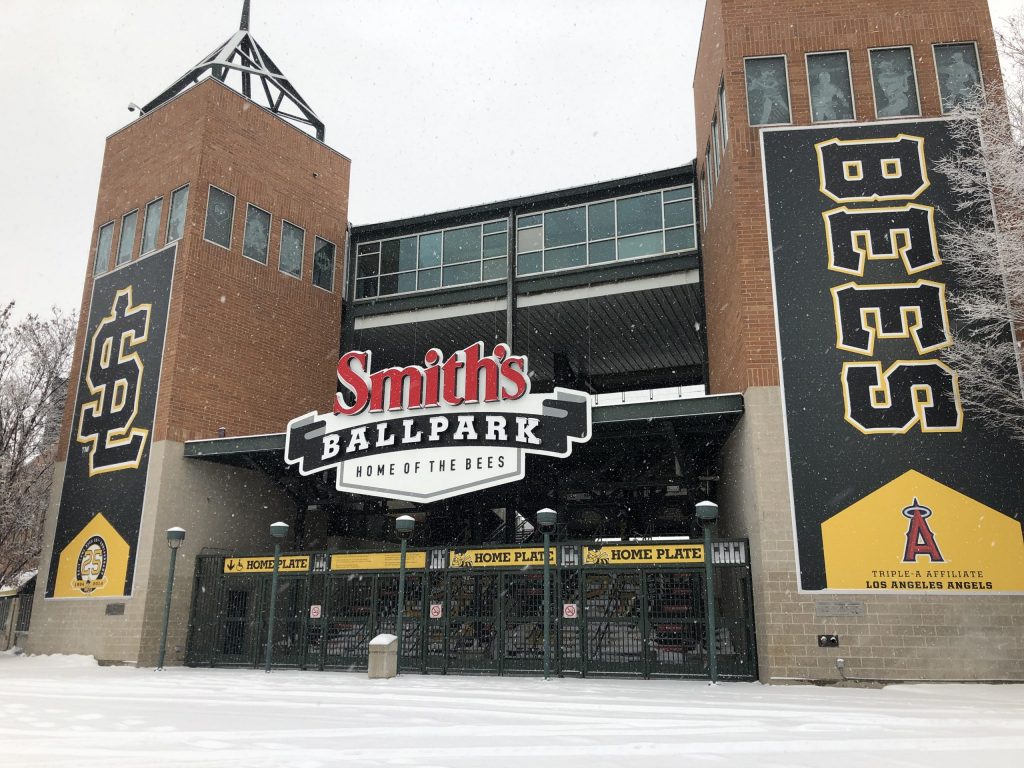 For years, the Main Street Motel has plagued the Ballpark neighborhood. It will be history if the city agrees to rezone the two acres it sits on and allow developers to replace it with a new mixed-use project.

A development team with several other mid-sized projects in the area wants to redevelop the run-down motel into a mixed-use rental housing property.

Urban Alfandre is under contract to buy the motel at 1518 S. Main St. from David Pope. Rezoning it from the car-centric Commercial Corridor (CC) zone to Form-Based Urban Neighborhood 2 is a condition of the sale. The team submitted its request to Salt Lake City on Tuesday, saying it wants to add new housing in a pedestrian-scaled building with ground-floor retail in the center of the neighborhood.

“It’s really important that we’re putting density and bringing residences where people walk and use TRAX for a variety of reasons,” said Steve Alfandre, a founding principal of Urban Alfandre. “To reduce car trips, air quality — there are so many smart reasons for putting more units near TRAX.”

The firm, which is a Building Salt Lake supporter, also built the for-sale Row Seventeen townhomes nearby on 1700 South and has plans to build townhomes a block north on Main Street. It is also underway on a number of projects in the Central 9th neighborhood and Granary District.

CC zoning has a height limit of 45 feet. Providing ground-floor space that will actually attract retail tenants means ceiling heights should be a minimum of 14 feet or higher, making CC an unattractive zone to build mixed-use in.

Rezoning the property to FB-UN2 zoning would allow Alfandre to build up to 65 feet, freeing up space for retail and off-street parking in what is becoming the heart of the neighborhood just over a mile south of Downtown.

“Five stories is a very ideal pedestrian scale,” said James Alfandre, another founding principal of the firm. “Especially when you activate the ground floor with good design and sensitive massing.”

While the FB zones in Salt Lake City have no minimum required off-street parking, Alfandre plans to provide off-street parking if the proposal is approved. The group noted it was willing to work with the city on a development agreement to ensure its project would include parking and ground-floor retail.

In its application, Alfandre noted it would add street trees, make the building ADA accessible and make it pedestrian-scaled by providing pedestrian-level street lighting, store fronts, office windows and homes facing the street.

Alfandre is also under contract on the parcel across Andrew Avenue, also owned by Pope. That parcel is currently a surface parking lot and isn’t part of this rezone request. Ideally, Alfandre said, it would be the other link in an activated retail corner for the neighborhood.

“Our intent is to kind of anchor the corner of Main Street motel and that other parcel to the north with retail to activate both corners,” James Alfandre said, “and to activate a neighborhood node and commercial.”

Other action in Ballpark

Ballpark has attracted attention over the past five years from developers who have added primarily mid-density townhomes.

Another builder just broke ground on a project at 1700 S. Major St. that will include 22 micro apartment units. CW Urban, another Building Salt Lake supporter, is wrapping up a 13-unit for-sale townhome project on Main Street just south of 1700 South.

Those follow two more townhome projects on 1700 South at West Temple and at Major Street.

Wasatch Residential Group is underway on constructing 237 rental housing units along the TRAX line on 1700 South, where there is no transit stop.

The city has also focused on a portion of the neighborhood, conducting a study of the area surrounding the stadium at 1300 S. West Temple.

There is talk of a broader rezone for the neighborhood, which is primarily CC or auto-centric General Commercial. There’s a slip of single-family zoning on residential streets off the main, north-south thoroughfares that split the neighborhood.

To rezone the Main Street Motel property, Alfandre will need approval from the Planning Commission and City Council. The process could take up to a year before the sale finalizes and construction begins.