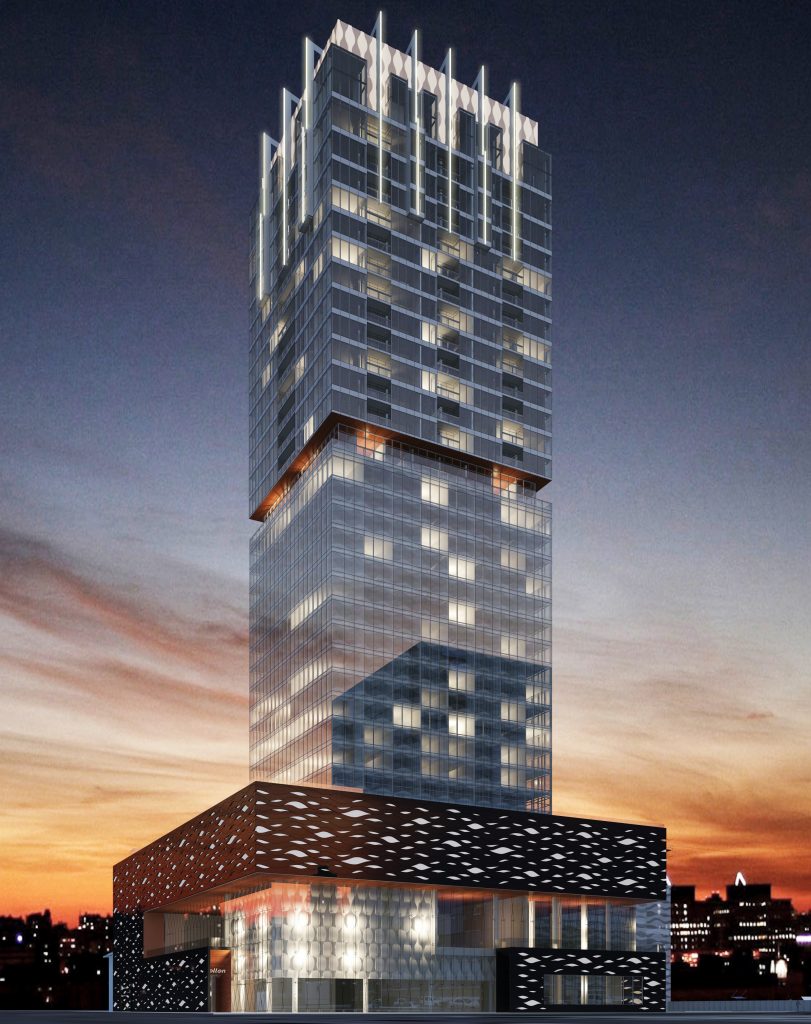 West Temple could soon rival Main Street as the street with Salt Lake’s tallest buildings.  The first is the proposed convention center hotel.  The hotel must be built within 1000 feet from the Salt Palace Convention Center, which means the new hotel will most likely be built on or near West Temple.  The room requirements established for the new convention center hotel almost ensure that the hotel will be at least 400 feet, which would make it one of the Salt Lake City’s tallest buildings.

The second potential tower could arrive around the same time as the convention center hotel, further down the street at the intersection of 400 South and West Temple.

Ken Bretschneider, of KPB Equities, proposes a 400-foot mixed-use development (around 30-stories) called the Air Center for the northwest corner of the intersection.

The project was originally proposed in 2013 as an eight-story mixed-use building with a nightclub, restaurant and three floors of office space.

Last year Bretschneider decided that eight-stories weren’t an adequate project for such a prime location.

“We did not want to waste our valuable property,” said Bretschneider in an online forum for skyscraper enthusiasts.

According to Bretschneider, the podium, and lower tower levels will feature a hotel, restaurant, urban lounge, boutique market, spa and fitness center, event space, pool club and night club tentatively called FALLEN.  The urban lounge will be called 7EVEN and will feature live jazz and a taps inspired menu serving locally-grown and organic ingredients.

The upper tower levels will include business space, apartments and luxury condos on the top floors.  As is the custom in mixed used hotel buildings, residences will have access to all building amenities which according to Bretsheneider will include access to a fleet of electric cars and cruising bikes which residents can schedule to use free of charge.

The Air Center will be the company’s first major real estate development.  KPB Equities mostly works in technology and entertainment.

KPB Equities is still working to secure investors to finance the ambitious project.  If the building does reach the 400-foot mark it would be just the third tower in the city to surpass 400 feet.  Currently, only two skyscrapers in the city are over 400 feet, the LDS Church Office Building and the Wells Fargo Center.