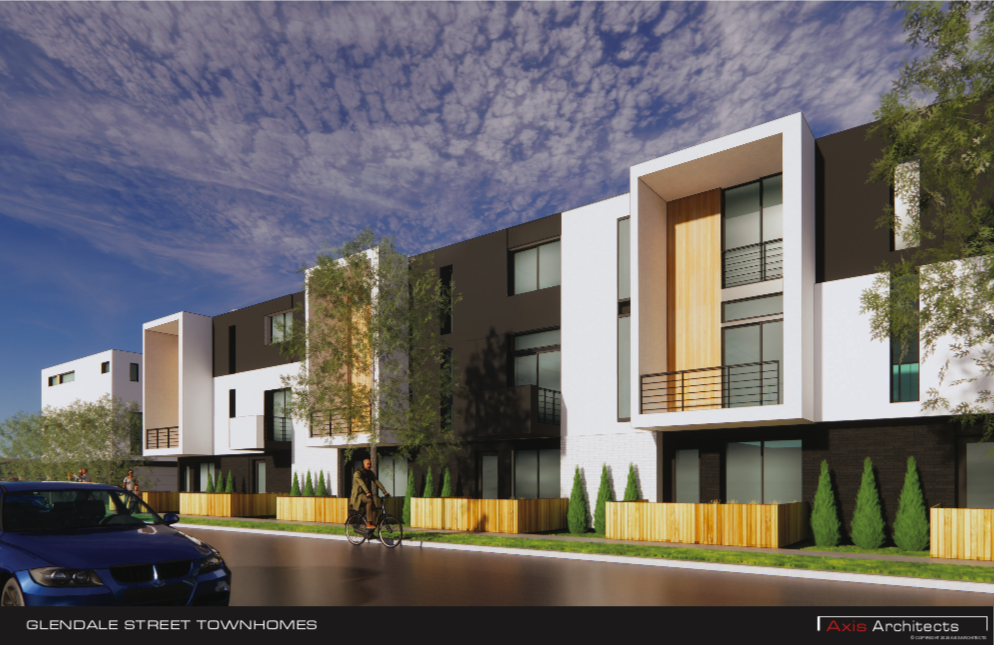 Glendale is due for a flurry of redevelopment, and builders are ready to deliver.

A handful of projects put forward in recent months would add new housing with minimal displacement of existing homes and residents.

Developers have pitched the projects — most of them for-sale and at least two of them affordable — to infill some of the large vacant lots dotting what is one of Salt Lake City’s least dense neighborhoods on the west side.

Here’s a roundup that covers projects put forward after the approval of the Glendale Townhomes on Navajo.

For a thorough list of projects in any neighborhood, Building Salt Lake Members can use the Enhanced Search function to find stories about projects in neighborhoods they’re most interested in.

TAG SLC, one of the city’s most prolific builders of for-sale townhomes, is moving forward with a project at 1600 S. 900 W. across from the Department of Alcoholic Beverage Services headquarters in Glendale.

The 71 townhomes would be built within 13 separate buildings. The buildings would consist of two buildings with nine homes combined oriented north-south along 900 West. The side of another building would also front 900 West.

Those would conceal a series of slot homes containing the remaining units, with some open space toward the west of the development.

The community would have a drive aisle off 900 West and emergency access off 1000 West.

“It is anticipated that Dawson Place will be sold to owner-occupants with a cap on the number of investment opportunities,” the developer wrote in a planned development application in the spring.

“All units will be three stories tall, slab-on-grade, and approximately 1,300 square feet. All will have two-car tandem garages and two bedrooms.”

There will be an additional 16 surface parking stalls for residents and guests.

The company said in April it would aim to sell the homes in the low- to mid-$300,000 range, significantly below the median home price, which is $613,500, according to online real estate portal Redfin, or $522,500 for townhomes.

The project is in Commercial Corridor (CC) zoning, which caps all development at no more than 30 feet tall.

Together, Dawson Place and Tag 900 will replace two single-family homes with 129 new homes — a classic pair of infill projects.

Dawson will be adjacent to an 80-unit rental townhome project at 1106 S. Redwood.

At 1038 W. 1700 S., the Community Development Corporation of Utah is ready to build its second phase of for-sale townhomes in the project known as the Gladhouse.

The agency recently completed the first set of condos in the area near the Jordan River Trail. It has submitted the necessary paperwork to build an additional 20 homes, each of them 1,671 square feet.

The CDCU didn’t respond to a request for comment on either development.