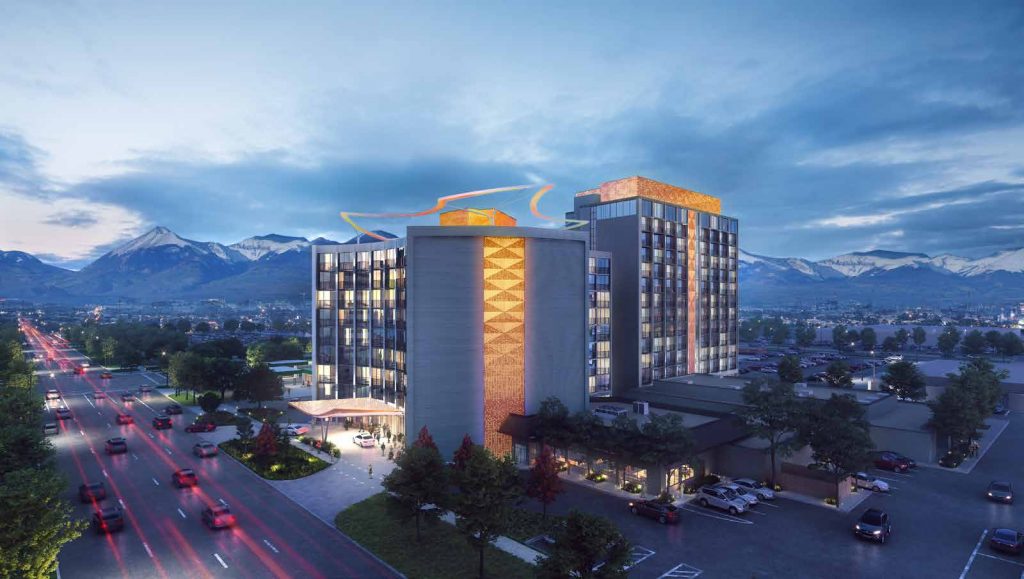 A Denver-based team has paired up with a local developer to redevelop the Red Lion Hotel towers and surrounding site near Salt Lake City’s Downtown, the team announced this week.

The development would come in two phases, with a conversion to nearly 200 micro apartments late next year and promises of a mixed-use development soon after.

The parcels between 600 South and 700 South, West Temple and 200 West, amount to five acres of land. The project would be the latest to add hundreds of small apartments into the capital city as it continues an ongoing cycle of adding thousands more housing units in the coming years.

“We are thrilled with the opportunity to transform this unique place into an energetic mixed-use community in Salt Lake City’s historic Granary District,” said Kirsty Greer, Senior Vice President of Multifamily and Urban Mixed-Use Development at McWhinney, the Denver developer. “We look forward to connecting and collaborating with neighbors, local residents and businesses as we become part of this spirited community.”

While the release said the future projects are in the Granary District, it can more accurately claim a home Downtown. The Granary boundary ends two blocks west.

This one qualifies for the tax incentives offered by the 2017 federal tax law that created “opportunity zones” in communities across the country. The law has spurred big development projects as builders and financiers capitalize on the generous incentives before they expire in 2028.

Many of Salt Lake City’s opportunity zones are clustered closer in to Downtown, and the Granary. This project would help to revitalize an area of Downtown that has been bifurcated by state-owned roads jettisoning high-speed vehicle traffic into the heart of the city off Interstate 15.

Development has hopped over the 400-600 South UDOT barricade, and the RL redevelopment will add to vibrancy in south Downtown.

Across 600 South, the Garden Lofts are income-restricted and began leasing to tenants at the beginning of the year. Across West Temple, developers are working on a new Class A office building.

More on the project

The city will first see changes on the site fronting 600 South as the tower is converted into 184 micro apartments by late 2022.

Some units will be furnished and others unfurnished, and developers say they’ll offer housing at “attainable monthly rent.”

“Amenities [include] a 13th floor rooftop lounge and clubroom with expansive views of the Wasatch Range,” they wrote in the release. “Residents will enjoy in-unit laundry, co-working spaces and a high-end fitness center.”

What’s not clear is what will follow on the vacant land making up a majority of the properties.

The group, which also includes the local RL Group and Denver-based Sage Hospitality Group, is working on plans for the second tower and remaining land, and an official didn’t respond to a request for more details on those plans.

“We are excited to continue our long-standing partnership with McWhinney and bring an amazing mixed-use development to life in Salt Lake City,” said Walter Isenberg, chief executive officer of Sage Hospitality Group.