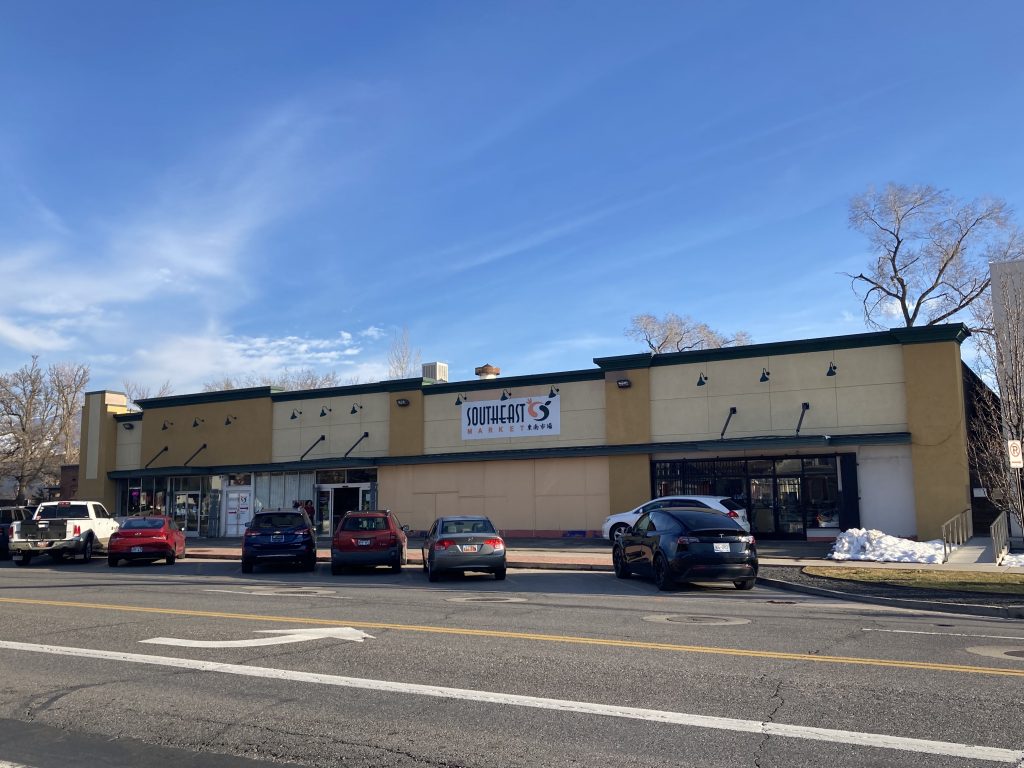 Two months after the closure of the Southeast Market Asian grocery store in Salt Lake City’s Liberty Wells neighborhood, we have an update on its potential replacement.

The campaign that has worked for more than a decade to bring a full-service cooperative market to the capital city is working with the building’s owner to open there after rehab is finished.

The Wasatch Cooperative Market would bring another grocery store to the north end of the neighborhood, a block west of Liberty Park, providing a source of local meats and vegetables, as well as crafts and likely community programming.

“There was an extensive review of four potential sites,” the co-op wrote on its Instagram page last week. “We decided to submit a non-binding letter of interest to the owners of the Southeast Asian market site.”

The group had looked at filling the space left by a Natural Grocers on 400 South and a new mixed-use building in the Granary District. It also considered the space that will open when the full-service Ocean City Asian market at 900 S. State vacates its space later this year and moves to 1701 S. State.

It also had been talking with the group that previously planned to develop the Sears Block at 800 S. State St., before that development fell through and Intermountain Healthcare took over the massive site.

The co-op campaign has been working to attract hundreds of paying members who have until now simply invested in the idea of a market, rather than a market itself.

It began searching for a site after reaching 750 members two years ago and has been fairly secretive about its process of finding a home.

About the Southeast Market building

Kathia Dang, the owner of the Southeast Market building, told Building Salt Lake in March that she hoped to save the building and rehab it into a space for local businesses.

In addition to saving the original structure that could house the co-op, Dang said she wants to add live-work units above the buildings on the eastern and western edges of the building.

“We don’t want the building to be torn down,” Dang said. “The scope of the project will be a long one again because we need to sort of dive into there and see what structural integrity we still have.”

Dang didn’t immediately respond to a request for comment on the non-binding letter of interest from the co-op.

A market for Liberty Wells

Liberty Wells largely lacks commercial zoning that would make the neighborhood much more walkable. Primarily zoned single-family, the area has dozens of older missing-middle housing types that add the sort of density of people that can support walkable businesses.

Much of the retail spaces that exist are along the northern, western and southern boundaries at 900 South, State Street and 2100 South.

As developers add more density (also largely along the neighborhood perimeters), it is possible we see the number of retail options follow. The city should consider zoning options to allow existing small walkable neighborhood center nodes to expand, such as at 400 E. 1700 S.

If the co-op market opens, it will be the second full-service option for the neighborhood, the other being the Qaderi Sweetz N Spicez Pakastani and Indian market at 1785 S. State.

November 11, 2021
Developers conceded they may have stretched too far when asking to build up to 45-foot townhomes on a site once home to a historic...
Read More