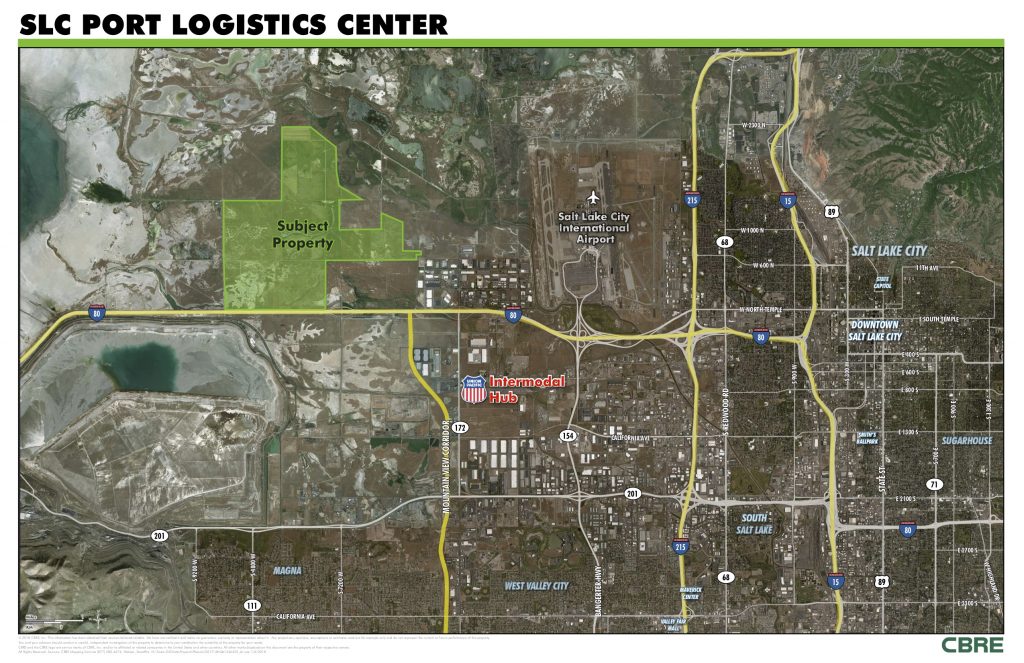 After months of back and forth discussions, Salt Lake City and state leaders, have reached a tentative compromise for the controversial inland port bill that state leaders passed in the final hours of the 2018 Utah Legislature Session.

On Monday, July 16, several Salt Lake City council members joined Governor Gary Herbert in a press conference announcing the Governor’s proposed amendments to Senate Bill 234, the Inland Port statute.  The amendments will be included in a Special Session of the Utah State Legislature and, if passed, will return some local oversight of the Northwest Quadrant back to the city.

“We recognize that state elected officials are enthusiastic, based on national and even global interest, about moving forward rapidly with the Inland Port,” said Council Chair Erin Mendenhall in a statement. “Given that, we chose to engage now to be sure at least initial, critical improvements are made to the Inland Port statute, which may likely have generational impacts. Waiting for next year’s General Session to address our concerns about land use, financial and environmental issues would not have been in the public interest.”

According to both the city council and governor’s office, the Mayor was invited to participate in the discussion but declined, citing a lack of transparency in the process despite holding her own private meetings with the Governor in the spring.

“I stand with the 15 community leaders including representatives of the Utah Chapter Sierra Club, Utah Moms for Clean Air, and every single West Side Community Council in opposing a special session to adjust Inland Port legislation without public input,” said Mayor Biskuspki in a statement posted to her Facebook page.  “Everyone agrees this is one of the most impactful areas of development in Utah and it should not be rushed through without proper engagement. I can’t endorse, with my participation, negotiations which exclude the community I represent.”

Before any facilities can be built, state leaders will first proceed with setting up the Port Authority based on the enabling legislation, which includes setting up a governing board and management structure, defining port elements and developing a business plan.

According to a statement from the city council’s office, the new draft bill reflects progress in four critical areas:

Additionally, the new bill removes all wetlands identified in the city’s Northwest Quadrant Master Plan and zoning from jurisdictional lands and requires a sustainability plan as part of the business plan. It also includes a provision that 10 percent of property tax increment will be dedicated to affordable housing.

In a statement, the city council members noted that having an open dialogue with all stakeholders is a top priority and that while this didn’t follow the typical public process, the significant public input gathered since the passing of SB 234 influenced the city’s efforts in their negotiations with state leaders.

“Faced with such an important and complex matter for the economy, the environment and the future of both Salt Lake City and the State of Utah, my Council colleagues and I strongly believe that having a seat at the negotiating table is imperative to represent the interests of City residents and taxpayers,” said Mendenhall. “We appreciate State leaders who invited our contributions.”