City Council to decide if taller is better in Central 9th 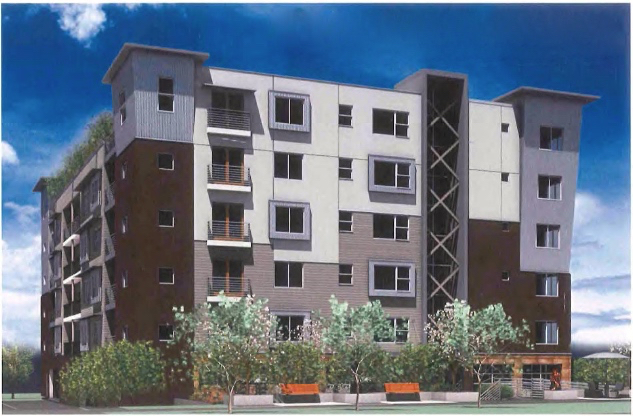 The Central 9th neighborhood has the right ingredients to be one of Salt Lake’s best neighborhoods.  The neighborhood is close to downtown, has easy freeway access and a TRAX station.  The Redevelopment Agency of Salt Lake City has heavily invested in the area with several projects slated to start construction in 2015.

The City Council will decide whether to amend zoning legislation that allows extra height to include the intersection of 200 West and Fayette Avenue (approximately 975 South).  Developers, 9th Street LLC, want to build the 9th Street Village Apartments on the northwest corner the intersection.  If approved, the project will be five-stories and consist of 85 residential units above a parking structure accessed from Fayette Avenue.

Under current zoning the developers can build up to four-stories and 50 feet without any variances needed.  The developer has requested an extra floor and an additional 15 feet to top out at 65 feet.

Current zoning allows for building heights of 65 feet for new construction at key intersections in the Central 9th neighborhood.  The developers of the 9th Street Village Apartments want the intersection of 200 West and Fayette Avenue to be included into the zoning ordinance that allows the extra height.

The Planning Commission gave a favorable endorsement for the Form Based Urban Neighborhood District ordinance in 2012 allowing increased height for new construction at intersections located at 300 West and West Temple and 800 and 900 South.  When the Salt Lake City Council approved the zoning ordinance in December of 2013 they added the intersections of 200 West and 700, 800 and 900 South to the list.

The development will be less than a block from the 900 South TRAX station and will be marketed as affordable luxury apartments.  Amenities will include a fitness center, spa, lounge and lobby.

The project will replace a surface parking lot and, if the zoning amendment is approved, would be the second building on 900 South block of 200 West to be over 60 feet.   At 925 South 200 West is a six-story, 61 foot residential building.