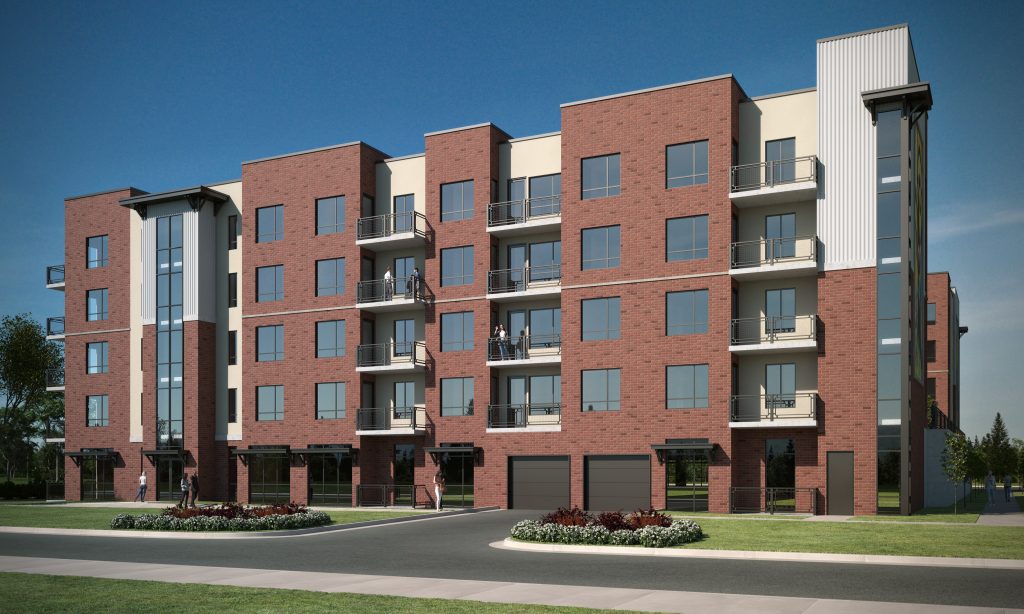 During the public hearing portion of the commission meeting, only two residents spoke.  Both residents were adjacent property owners and were in favor or neutral on the project. One resident representing the Complex concert venue, southeast of the development on 100 South, expressed excitement for more development in the neighborhood but wondered what impact the project would have on the maximum decibel requirements with a residential building so close to a concert venue.

The project replaces several warehouses on 0.9 acres.  The project includes four floors of residential above a ground floor parking structure.  Becuase the project is within two blocks from three TRAX stations, the developers have elected to have a 0.8:1 parking ratio with 80 parking stalls for the 100 units.  The leasing office, office space for a tenant and residential lobby will separate the parking from the street level on 600 West.

According to the developers, the project will take up almost the entirety of the lot.  A portion of the area to the north will be a landscaped dog park.  Under the area’s zone, GMU (General mixed use) the city will require the developers to add curbs, gutters, sidewalks and plant trees at the median on 600 West.

As with the North Sixth project, a block to the north proposed development.  West Gateway Commons will include a public art mural on the building’s southeast and southwest corners.  The project will also feature the “U” shape architectural style currently heavily utilized by developers in the city with residential units opening to a courtyard above a parking podium. But instead of having the “U” front the street, the developers will have the courtyard face south towards 100 South and the Complex.

While the commission’s vote was unanimous, some commission members expressed a reluctance to approve this type of development in the Depot District.

“I think we are not encouraging the right development for the area,” said commission member, Weston Clark.  “We have to encourage retail spaces in the area… with future density in mind. This is a fine looking building but this doesn’t feel urban to me.

Clark and several other commission members suggested that the city needs to reexamine the GMU zone for the neighborhood as it doesn’t require any ground floor retail or commercial space and doesn’t help establish a neighborhood identity.

Commission member Ivis Garcia suggested that the project’s public art component could be one way to help the neighborhood establish an identity.