Council approves rezone for Southeast Market building. So what's next for the popular business? 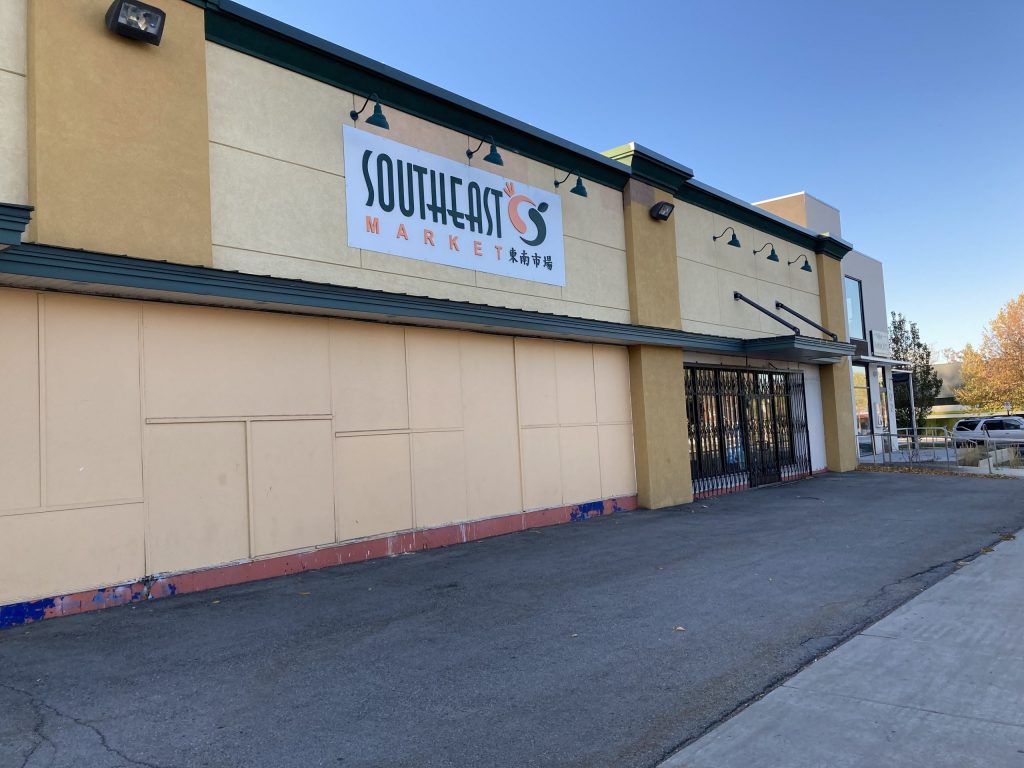 The City Council has approved a zoning change to a parcel on the 900 South corridor that could make way for a development and an uncertain fate of a popular Asian market in the existing building.

The change itself is wonky: The land the market sat on had two separate zoning types, and the developer who owns the building asked for it to be changed to a single new zone.

Katia LLC, the building’s owner, hasn’t presented any plans for the building, other than to say it is in need of extensive renovation and repair. But the change tees up what may be the next fight over the fate of minority-owned businesses in the existing building. The Southeast Market has been in business west of Liberty Park since 1997.

“Our desire is to create a space that encourages the type of culture that brings people together in this shared residential/ commercial node,” Kathia Dang wrote in an email thanking supporters.

The change shifted the zoning of the parcel, which also includes a Greek tapas restaurant and pho restaurant, from residential/business (RB) and neighborhood commercial (CN) to community business (CB). The biggest difference is that CB zoning requires no front or corner setbacks from nearby properties. Buildings must be set back at least 10 feet at the rear. 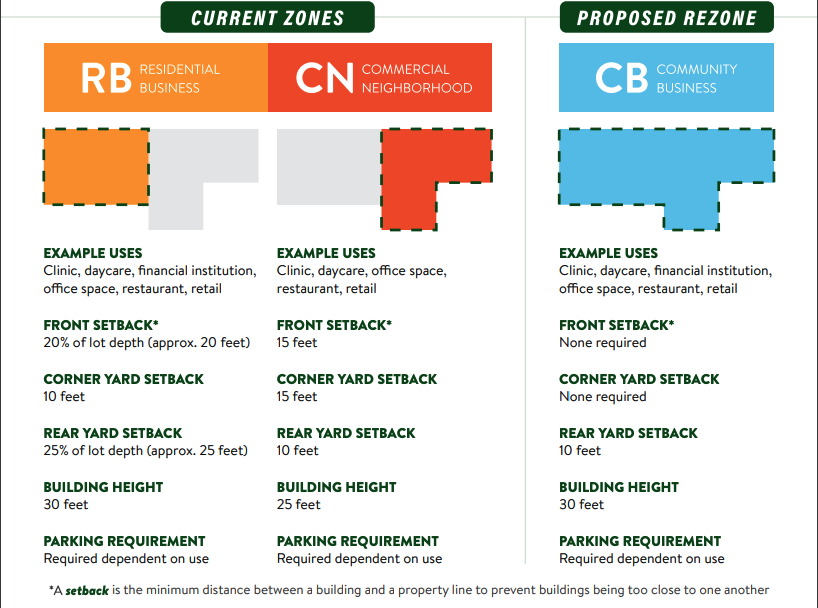 The Planning Commission could still require larger setbacks if it found any proposed new buildings would impact the single-family homes south of the property.

While no plan is publicly available, Katia LLC could now substantially alter or demolish and rebuild on the site without another drawn-out fight.

The zoning change faced opposition from some neighbors and continued for years, an unusually intense process for a change that ultimately will allow similarly scaled buildings.

Councilman Darin Mano, who represents District 5 that is home to the building, said it was a subtle but important change for a property in what he called “one of the best parts of our city.”

“It is a true mixed-use neighborhood and the City has and continues to invest in the 900 South corridor with benefits such as public trails, road reconstructions, and high-frequency transportation,” Mano said. “This application will not materially change the trajectory of the neighborhood but allow the positive transformations already occurring to continue.”

He said of about 60 comments submitted over the change, about 60% were in favor of the change.

Building Salt Lake supported the change, but noted the City Council should hold discussions around preventing displacement of existing businesses here and elsewhere. (Ken Sanders said earlier this year his shop could be forced to close within a year, and recently he tried a GoFundMe to make up for lost sales during the Covid-19 pandemic.)

There are countless other examples of displacement in a region that’s still undergoing a development boom despite the pandemic.

Katia has said it would welcome any tenant that could pay rent in any new or renovated building on the site. But rents have likely been far below what the developer could get at market rate.

The property will likely sit in front of an incoming multi-purpose trail, as the Transportation Division is working on designs to extend the 9-Line from 950 East to 200 West. That would make a long-awaited connection between multiple east- and west-side neighborhoods for people outside of cars.

900 South between State Street and 700 East has become a mix of residential — primarily single-family homes — and retail shops. Single-family homes largely border the blossoming commercial node to the north and south.

The 9-Line trail will be built between 2021 and 2023. That adds to the importance of Katia’s properties on 900 South west of Liberty Park. (The developer also owns the building that’s home to Freshie’s Lobster Co.)

“We play an essential role in the city’s master plan for the future of the 9-line corridor— a connector, connecting people to places,” Dang said. “Our intention has always been the same, to revitalize this block face and the current property. We hope to bring it back to life and up to code.”

The coming years will put that stewardship to the test for both Katia LLC and the broader city.