Expert makes the case for changing how cities provide parking 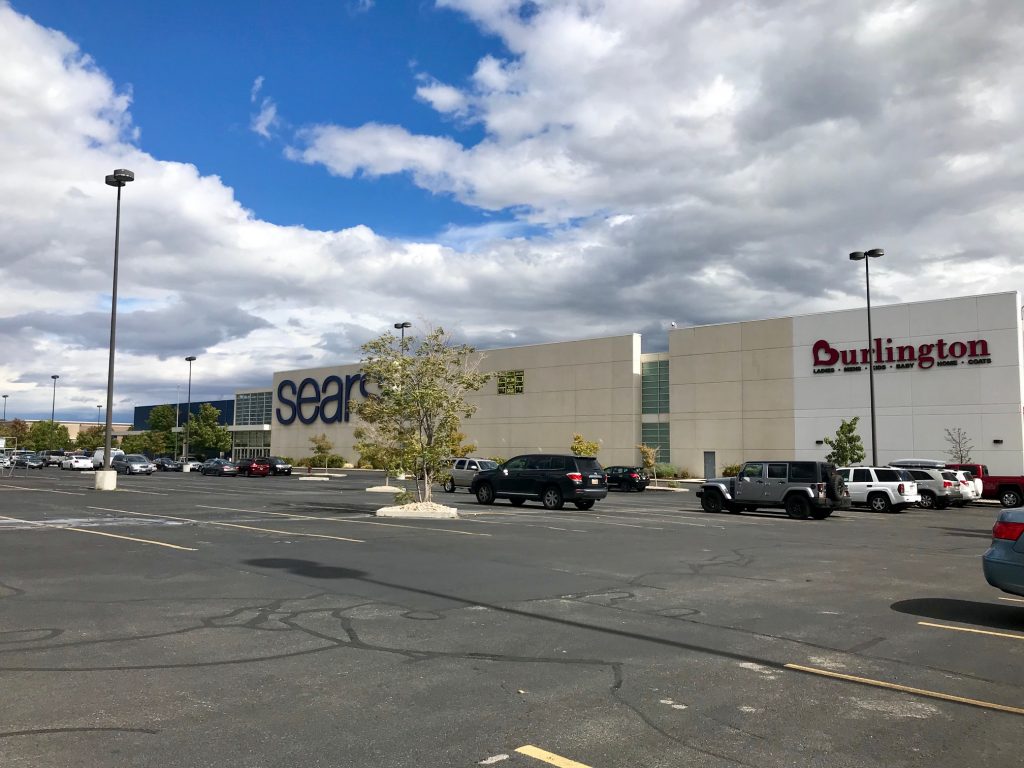 Jordan Landing, the large sprawling mixed-used development in West Jordan, has dozens of acres of surface parking.  Parking, that even during the busy holiday season is never at capacity.  The 500-acre development includes 1.8 million-square-feet of retail space, a 45-acre office park and 1,800 residential units, all of which are surrounded by parking.

It is places like Jordan Landing, that UCLA Professor Donald Shoup sees as not only an ineffective use of space but as harmful to communities as large swaths of parking encourage sprawl and underutilized land.

“I think with parking policies we are going in the wrong direction,” said Shoup to a group of local leaders in West Jordan.  “Free or cheap parking is giving away land that could be used for other, better things.  Most off-street and on-street parking should be charged.”

On Thursday, October 4, Shoup made the case against free parking to a group of local policy and economic leaders at an event hosted by the office of Salt Lake County Regional Transportation, Housing & Economic Development.

The professor has built a reputation as a leading parking expert and in addition to calls to do away with free parking, Shoup advocates for changes to how communities view parking and make it available and not available to its residents.

“It is the way businesses set prices,” said Shoup.  “It is a very American value to charge people for what they use, for what they get.  Parking wants to be paid for.”

Shoup argued that reducing the number of surface parking communities provide and utilizing that space for other uses can increase the housing supply, create jobs, reduce commute times and help mitigate climate change.

In already developed communities, Shoup suggested that the removal of off-street parking minimums and a restructuring of on-street parking could lead to an urban resurgence through small-scale infill development and adaptive reuse of older buildings that could be converted into much-needed housing.

In addition to removing off-street requirements, Shoup offered several steps that cities could take to encourage better use of current on-street parking that leaves one or two vacant spaces per block during both peak and off-peak hours.  To achieve this balance Shoup suggested that cities find the “right price” for curbed parking through a performance-based parking system that charges based on the demand.

Cities can also reduce the demand for off-street parking by establishing a parking benefits district that would use parking meter funds in a similar way cities use impact fee money.  Under this model, cities would spend parking revenue in the neighborhoods that generated that revenue which could include providing transit passes to residents and employees in that district, or other programs the encourage multi-modal uses that don’t require on-street parking.

“We have found that restrictive parking has not been a hindrance,” said Paul Allred, the Community Development Director for Holladay.  “There are a lot of myths about parking one of them is that there is never enough parking.”

Allred echoed Shoup’s comments during a panel discussion following the professor’s presentation and cited the success of Village Square in Holladay as an example of smart development that eschews traditional parking norms.  The Square encompasses several blocks surrounding the intersections of Holladay Boulevard and Murray Holladay Road and includes a mix of local eateries, retail, condos, offices, medical services and civic buildings.

“Buildings need to be close to the street and close together,” said Allred.  “If you don’t build it (parking), they’ll still come.”

Allred noted that Village Square has had no tentant turnover, with most local business in the district thriving, despite limited parking.  He attributed a shared parking model and right-sized off-street parking as keys to the Square’s vibrancy.

Despite successful examples like the Village Square development and Salt Lake City’s Central Ninth neighborhood that has no parking requirements, most local development continues to be overparked.

The recently completed first phase of the Mountain View Village in Riverton is a prime example of cities still relying on a decades-old parking model.  The project is by the same developers of Station Park in Farmington and the bulk of the project’s 85 acres, at the northeast corner of the intersection of 13400 South and the Mountain View Corridor, will be uses surface parking.

While future phases of the Mountain View Village will include a small faux, town-style center like the one at Station Park, the project will be dominated by car-centric surface parking that is inhospitable to pedestrians and the pedestrian experience.

At Jordan Landing, unused parking could be converted into multifamily and missing-middle residential housing that could accommodate hundreds of residential units and eliminate the car commutes for many of the area’s workers.

Isaac cited the Zellerbach Apartments in South Salt Lake as an example of parking requirements leading to overparking.  According to Isaac, the developers of the four-story, 292-unit project were required by the city to include over 450 parking stalls at a cost of almost $21,000 per parking stall.  Isaac estimated that based on current leasing rates, only about half of the parking stalls be utilized.  Isaac attributed transit access, the Zellerbach is directly south of the 300 East S-Line Station, and the fact that a majority of tenants being either a one or no-car household as to why so many parking stalls will go unused.

May 25, 2020
The residential explosion in Salt Lake City’s Depot district continues, with a 288-unit market-rate rental project at 100 South and 600 West in the...
Read More

December 2, 2019
Salt Lake Crossing, a 300 micro-unit and studio rental building in the Hardware District, is being proposed by the area’s master developer, SALT Development....
Read More