Foothill Drive to get a needed upgrade 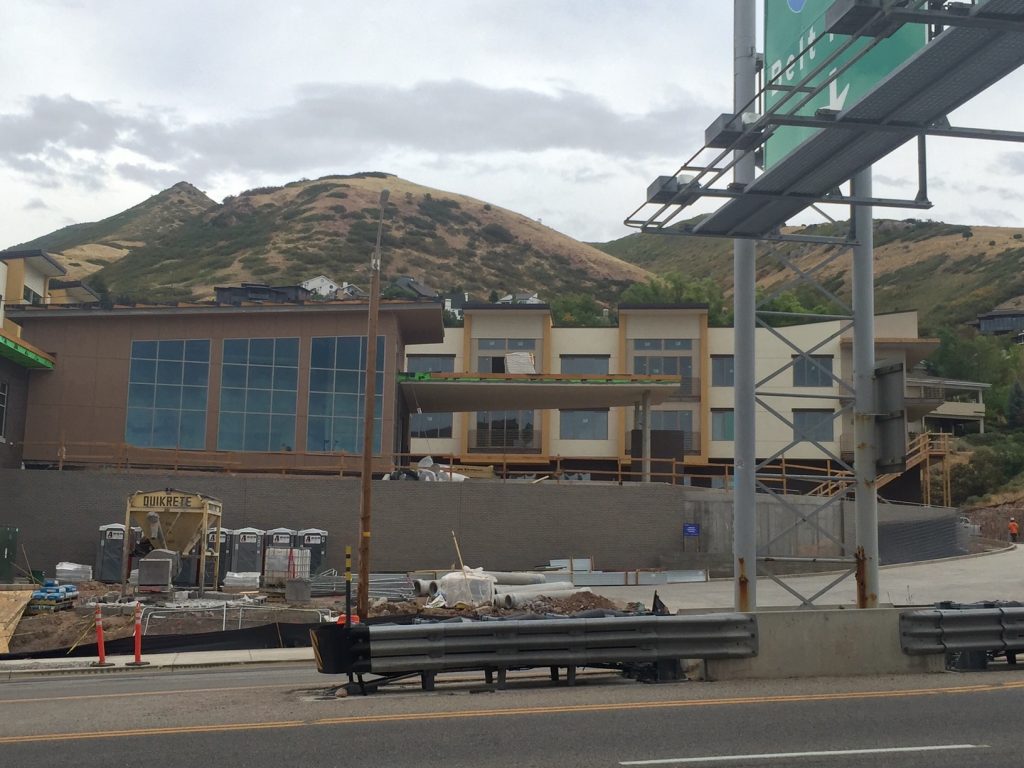 Foothill Drive can often feel more suburban than urban.  The car-friendly corridor serves as Salt Lake City’s first eastside main entrance off of Interstates 80 and 215 and connects residents living on the east end of the Salt Lake Valley to the University of Utah.

But change is on its way.  City and state officials want to update Foothill Drive through the Foothill Drive Implementation Strategy. The goal of the implementation strategy is to make the corridor more accommodating to pedestrians, cyclists and public transit while moving more people through and more efficiently.

Because of the various stakeholders and the prominence of the Foothill corridor, there are multiple entities involved in the Foothill Drive Implementation Strategy.  The project was a recipient of a grant through the Transportation and Land Use Connection (TLC) program administered by the Wasatch Front Regional Council (WFRC).  Officials from Salt Lake County, the University of Utah, UTA and UDOT are also involved in the implementation strategy.

The current state of Foothill Boulevard is very car focused.  Foothill’s connection to freeway and the spacing of traffic lights encourages drivers to exceed the street’s 40 mph speed limit.

To date, the project team has held two public workshops, the most recent workshop was held Wednesday at Hillside Middle School.

Officials have narrowed down potential scenarios to six that will add pedestrian, bicycle and transit enhancements to varying degrees.  One option being considered would be new to Salt Lake City, the possible inclusion of HOV or reversible lanes on Foothill.  The reversible lane option would be similar to the stretch of 5400 South in Taylorsville and Kearns that adjusts the direction of lanes based on commuting patterns.

Officials acknowledge that land use policies will also need to be updated to facilitate more higher density and walkable development along Foothill.

There are several multi-family developments along the corridor but the majority of those developments resemble suburban apartment complexes, with no street engagement and ample surface parking.  Two recent projects on Foothill indicate that some of that higher density development is on its way.

Hilton opened a Home2 Suites opened a three-story hotel on the 2300 south block of Foothill early spring of 2016.

Construction is winding down on the Ridge, a senior-living center across from the Home2 Suites on Foothill.  The Ridge is four-stories and will include 100 units and 152 beds for seniors.  The Ridge is expected to open by the end of the year.

Even with new development, for many officials and residents, reliable public transit is a key to the corridor’s success.  During 2015 public hearing led by the WFRC, every resident that spoke focused on the need for improved public transit on Foothill Drive.  Only three bus routes run the majority of the corridor: routes 228, 313 and 354.  Of those routes, 228 runs every 30 minutes and 313 and 354 are commuter buses running only mornings and evenings.

The city is not only looking to improve Foothill Drive.  Last year, Salt Lake City opened up the Parleys Way Corridor Plan to the public through several open houses and Open City Hall, the city’s online discussion forum.

As with Foothill Drive, the city wants to enhance Parleys Way to make the corridor safer for pedestrians and cyclists while enhancing the streetscape to make the street a more welcoming gateway into Salt Lake City.

The Parleys Way plan is in conjunction with the revised East Bench Master Plan.  The East Bench Master Plan will include planned improvements to both Parleys Way and Foothill Drive while guiding development in the areas bounded by the University of Utah, 1300 East, 1700 South and Parleys Way up to the city’s foothills.  The plan is in the final stages, going before the Planning Commission in July, the final stage before heading to the City Council for adoption.

The project team will hold a third workshop for the Foothill Drive Implementation Strategy sometime in the fall.  Feedback on the project can be sent to foothilldriveslc@gmail.com, or by phone at 801-535-7130.