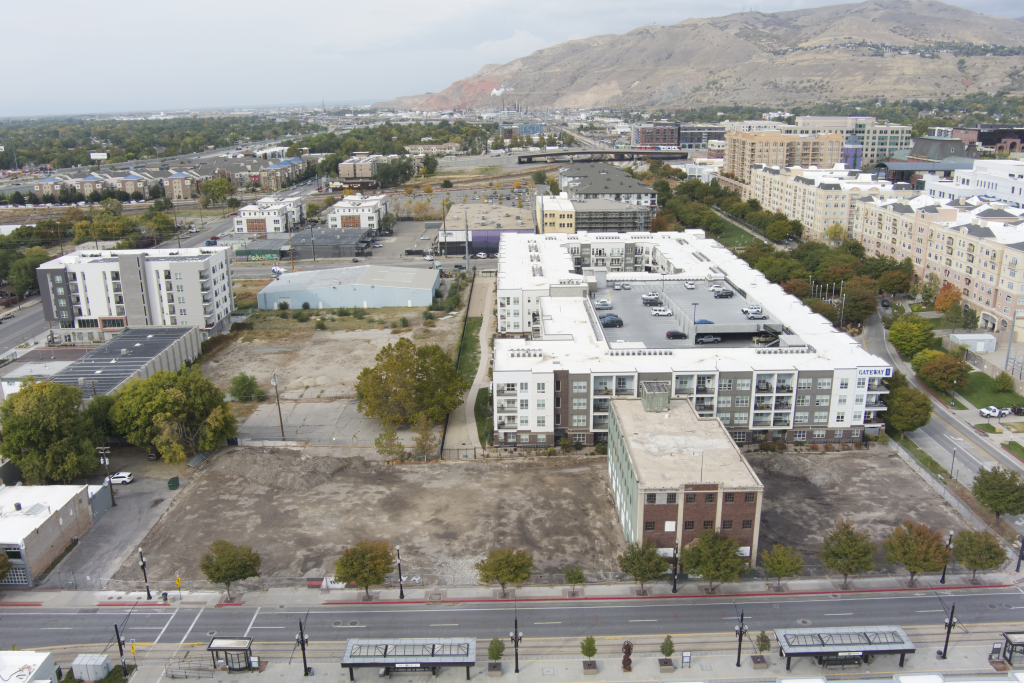 Just west and south of the Gateway Mall, housing projects are coming to fruition that look to transform this part of the city.

In a neighborhood long dominated by railroads, the Interstate, and many people’s comings and goings (it’s called the Gateway for a reason), a critical mass of multi-family housing projects may finally be tipping the scales towards the walkable, urban neighborhood envisioned in city master plans and its Gateway Mixed-Use G-MU zoning.

It’s an impressive stock of new housing. It’s also only a drop in a potentially overflowing bucket of development in the area. The Salt Lake City RDA is giving more shape to their Station Center development immediately to the south, and the Rio Grande Plan promises to open 52 acres of land of vacated railways alone.

UTA is also a major player in the area. It plans to open up its old bus service depot up for development, as well as build a high-rise new administrative headquarters.

Getting close to completion, Central Station east is a 65-unit project LIHTC project that offers 52 of its units at 25-50% AMI.

On the SE corner of 200 South and 600 West, Central Station west will be identical in unit count and mix: the 65-unit project mirrors its (currently nearly completion) “sister” building just to the east – with 52 of its units pegged at 25-50% AMI.

The 288-unit market-rate Alta Depot at 565 West 100 South has all its entitlements in hand, and have begun demolition on the old Le Bus motor coach garage.

Greenprint Gateway is bringing 150 micro and studio apartments to market for rent on the NE corner of 200 South and 600 West. Foundations have been poured and structural columns are rising.

It includes ground-floor retail or office space and will be oriented toward 200 South.

At 63 South 600 West, the 48-unit luxury rental project by CW Urban is putting in final landscaping and has begun to move in tenants. A new GreenBike station is being installed in its front parkstrip.

What’s the rest of the neighborhood looking like from the street?

What’s the rest of the neighborhood like from the air?