For the past three decades, Capitol West neighbors have worked to encourage new development in their community and finally, the fruits of their labor are starting to show. Construction is booming in the Marmalade/West Capitol neighborhood, with a wide variety of projects actively underway in the area.  The neighborhood also recently welcomed a new neighborhood bar, the Handlebar and will soon be the home to Blue Copper Coffee’s second Salt Lake location.

The majority of the projects underway are for-sale townhome developments, the bulk of which are completed or nearing completion.  Those projects include the Almond Street Townhomes, Marmalade Courtyards and The Grove at Marmalade.

New missing middle rental units are also underway and include the 2nd and 2nd Apartments and TAG 365 on Reed Avenue.

The area is also adding large multifamily developments like the under-construction, Skyhouse Apartments, at the southern gateway to the neighborhood at North Temple and 300 West.

New residents are starting to move into the new Marmalade Courtyards development, at the 300 West block of Reed Avenue.  The project includes 23 new, for-sale townhomes and seven condos that will soon be constructed in two existing buildings on the corner of 800 North and 300 West.

The ground has been cleared for TAG 365, the first of two phases of the TAG Reed Avenue development.  The project is on the south side of Reed Avenue, just west of Marmalade Courtyards and consists a four-story, 21-unit residential building.  The second phase, TAG 361 will be a four-unit townhouse development. 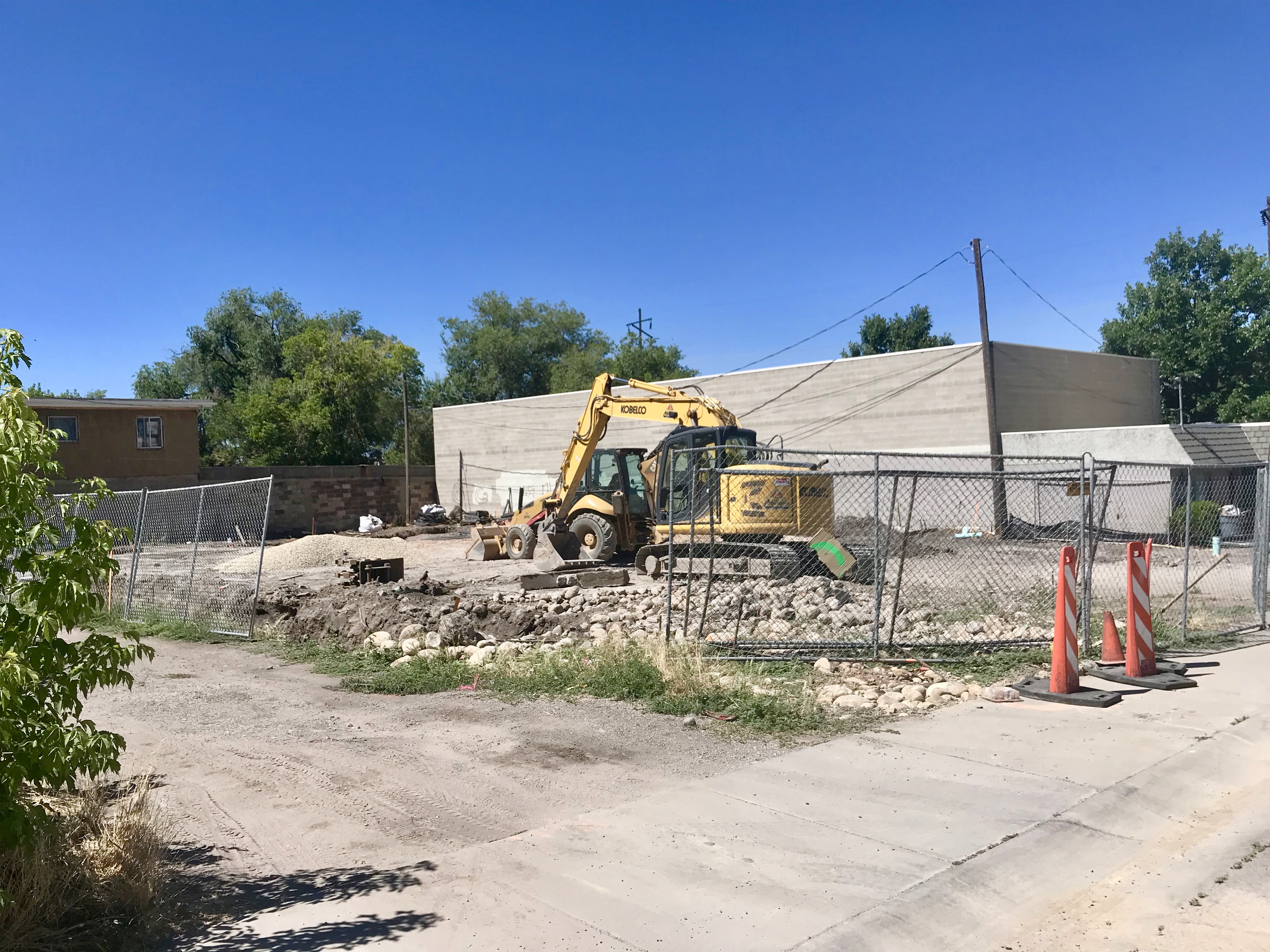 Crews are clearing the site for the four-unit TAG 361 project. Photo by Mike Fife.The Grove at Marmalade

The 12 for-sale townhomes of The Grove at Marmalade are taking shape just east of the Marmalade Branch library on 500 North.  The townhomes are three-stories each with three to four bedrooms and will range in size between 2,583 or 3,149 square feet.

The four building, 17 unit Almond Street Townhomes development is complete.  The town home project sits between Almond Street and West Temple and between 200 North and 300 North just north of the LDS Conference Center and downtown Salt Lake City.  According to the Garbett Homes’  website, all of the smaller units have been sold and only three of the three-bedroom townhomes along Almond Street remain available.  Prices for the remaining townhomes start at $794,000.