Intermountain Healthcare has purchased the Sears Block - LDS Hospital in Avenues to be redeveloped? 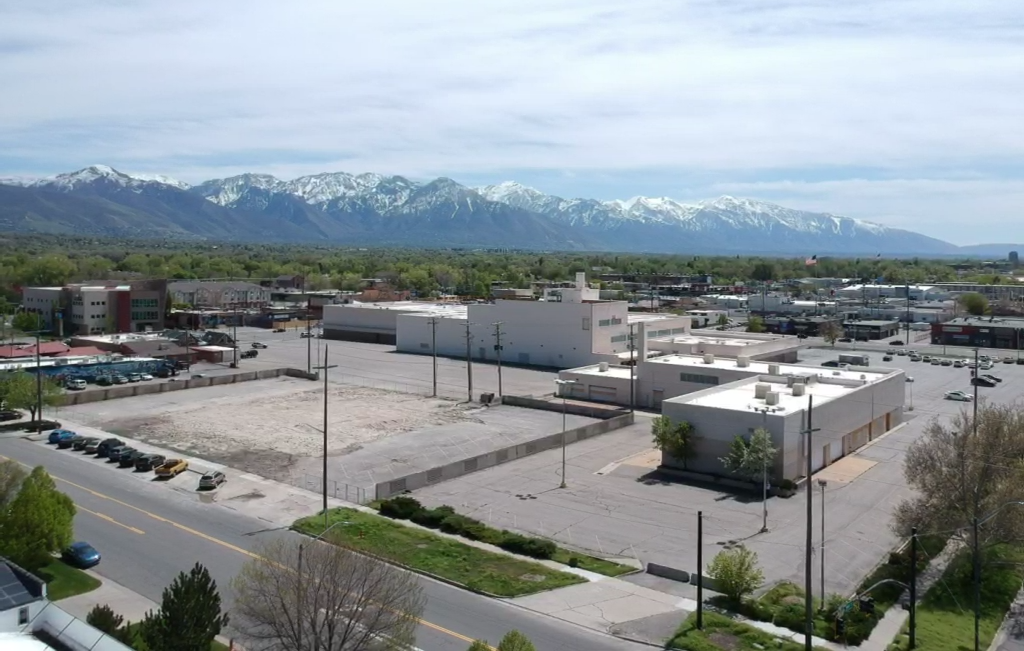 Intermountain Healthcare has purchased about eight acres of land in the center of Salt Lake City.

At 745 S State, the land had been home to the Sears department store, which closed several years ago before it was sold to a developer who had been working on building mixed-use housing in what would have been an extension of the city’s urban core south of Downtown.

That project lingered as developers struggled to secure financing through the pandemic. On Friday, a hospital administrator announced Intermountain had purchased the block.

“Plans are still being developed,” Wall continued, “I look forward to sharing details with you as soon as they are developed.”

The Colmena Group had planned to develop the site in four phases, starting at the block’s southeast corner fronting State and 800 South.

The first building, dubbed the Jetty, would have included an 11-story, 131-foot mixed-use building with 300 housing units, 400 parking stalls on four levels, and potentially space for a food co-op.

That would have brought a substantial amount of housing and retail space into a Downtown-adjacent area that has attracted developers in recent years.

But IHC’s email makes clear it plans to develop the site into a medical facility.

Intermountain’s Wall said the “location offers convenient access to all we serve throughout Salt Lake Valley, patients from other parts of Utah, and other states.”

The site would put any future medical center or hospital near the city’s TRAX light rail line on Main Street and a high-frequency bus route on State. But one needn’t look far to see that even supreme transit access can still lead to hospitals with copious surface parking.

The Intermountain Medical Center is located adjacent to Murray Central Station, yet it includes acres of surface parking.

While Intermountain Media Relations is holding their cards closely, there is likely to be major impact for their LDS Hospital in the Avenues. Intermountain owns six blocks at C Street and 8th Avenue, including medical buildings and single-family homes. The blocks are zoned a combination of institutional and single-family zoning.

Representatives from Colmena Group did not respond to requests for comment.

September 29, 2020
In a decision to significantly impact south Downtown and the State Street corridor, the Salt Lake City Planning Commission will decide on the first...
Read More