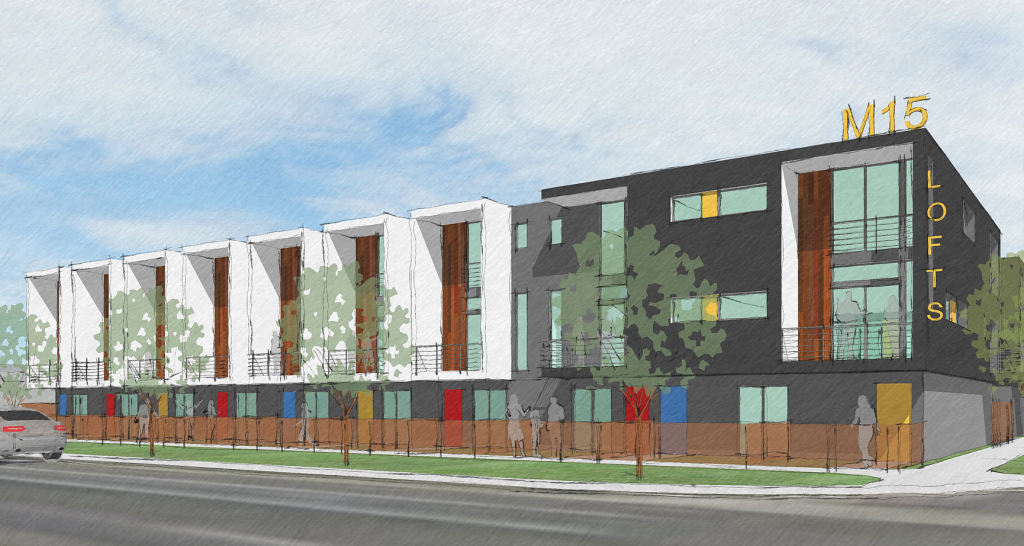 Kensington Avenue between Main and State Streets already has a diverse amount of amenities, including a costume shop, microbrewery, two Asian food markets and a restaurant.  Later this year the block will also be home to new residential units.  Construction is well underway on the M15 Lofts, a 20-unit townhome project at the northeast corner of the intersection of Kensington Avenue and Main Street in the Ballpark Neighborhood.

The M15 Lofts, by Axis Architects, will be for-sale units with both two and bedroom homes available.  The townhomes will range in size from 1,331 to 1,576 square feet.  Each home will be three-stories with a two-car garage on the first level, kitchen and living space on the second and bedrooms on the third.  Each unit will have a master bedroom and balconies on the second and third floors.

The units will be setback from the street level to allow for small, private gated front yards.  Most units will also feature a bonus room at the main entryway.

Axis Architects also designed Alinéa Lofts, a mixed-use residential project in the Central Ninth Neighborhood.  That project at the northeast corner of the intersection of 900 South and 200 West is partially framed out and will include 24 residential units that will be a mix of townhomes and second-story units above ground floor commercial.  Unlike the Alinéa Lofts in which Axis served just as the architect, the firm is both the architect and developers of the M15 Lofts.

M15 is one of several projects underway in the Ballpark Neighborhood.  Just over two blocks south of the Lofts project, at the intersection of 1700 South and West Temple is the site of the proposed Edith townhome project by CW Urban.  The Edith consists of 23 townhomes that will be a mix of two and three bedroom units.  Construction of the Edith should begin later this year.

Construction is also underway on the Row 17 residential project, formerly referred to as Richards Flats at the northeast corner of the intersection of 1700 South and Richard Street.  Framing has started on Row 17 that will consist of 32 condominium units in three four-story buildings.  Each unit will be two stories.

In addition to new residential projects, the area is attracting new restaurants and breweries.  The Roha Brewing Project is less than a half block away from the M15 Lofts on Kensington Avenue.  A dining district is emerging at the 1700 South corridor with Sweet Lake Biscuits & Limeade and the soon-to-open Dispensary, a pharmacy-themed eatery that will occupy the space next to Sweet Lake. 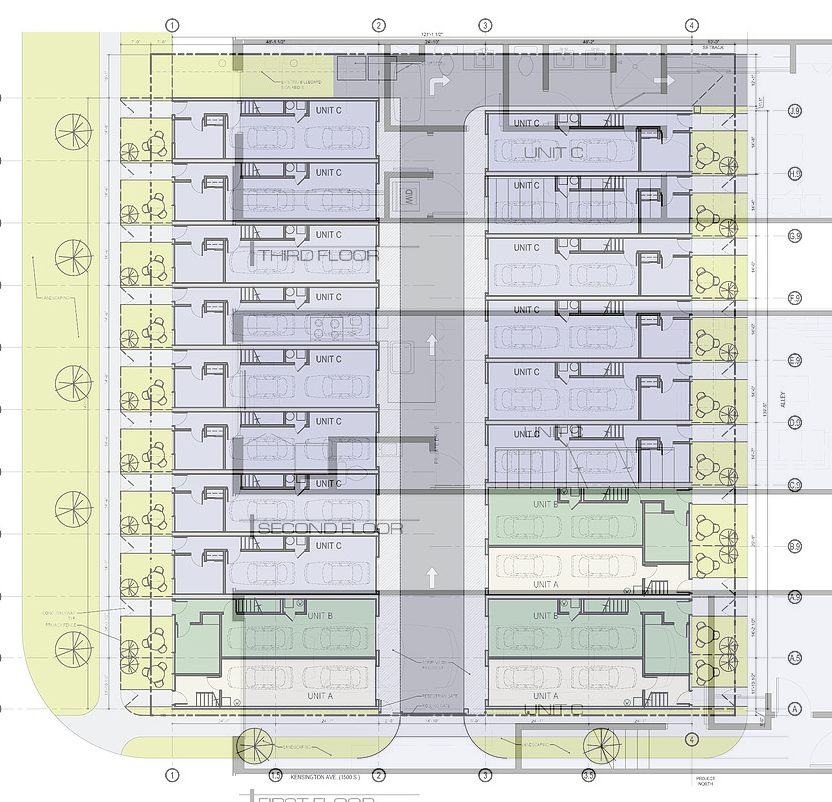