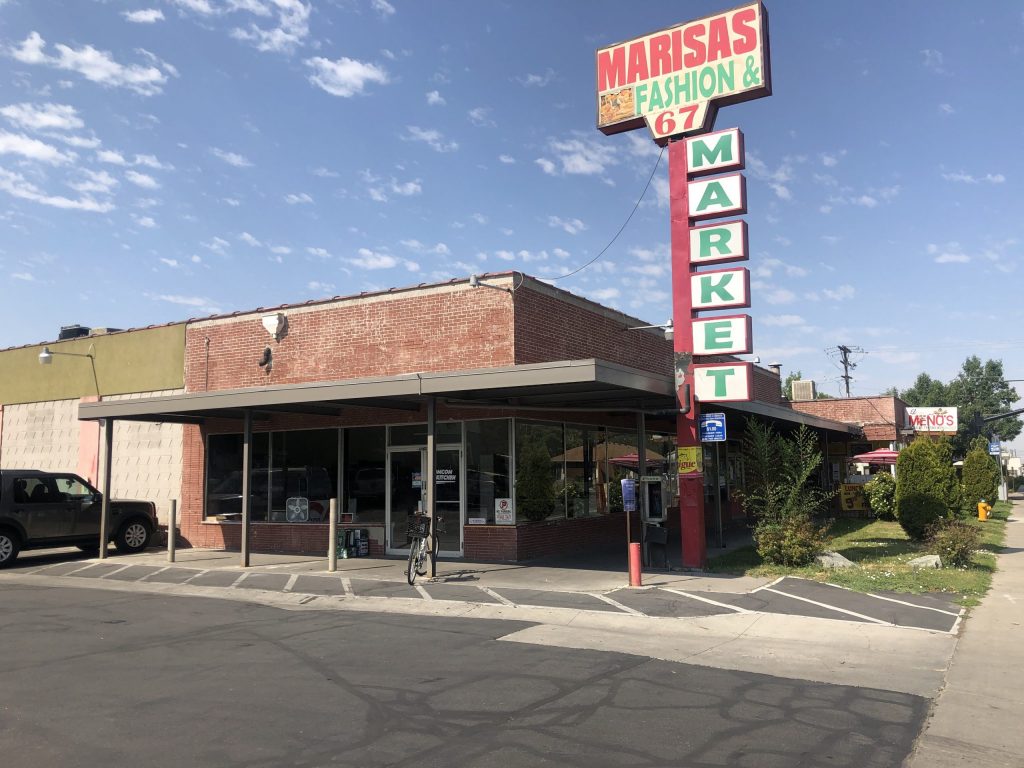 A Salt Lake City entrepreneur has found a way to bring his business, a space for a dozen other entrepreneurs and, effectively, multiple restaurants and a rolling coffee shop into a one-story warehouse in the often-overlooked Ballpark neighborhood.

ComCom Kitchen — for commercial commissary — offers space to restaurateurs who aren’t yet ready for a permanent spot of their own.

In doing so, co-owner Danny Cheng has set the infrastructure for entrepreneurs of all walks of life to test their ability to run a business in the food industry while filling a need in an underserved neighborhood around 1700 S. West Temple.

“We’re planning to expand and we feel this neighborhood is coming up,” Cheng said. “We want to put a good footprint down.”

Starting this Sunday, it will offer market space for Streusel, a bakery that will be open every day but Tuesdays from 7 a.m. to noon. (Streusel’s grand opening is this Sunday at 8 a.m.) Marmalade Coffee will operate alongside the bakery during the same hours starting Monday, Aug. 10.

Other vendors will offer to-go meals ordered online through their “ghost kitchen” at ComCom. So far, that includes Cheng’s Ghost Sushi, which serves poke bowls and onigiri. ABS Fishbox, also out of the kitchen, takes pre-orders for fresh fish flown in on Wednesdays.

Silver Moon Taqueria also sells “taco boxes” out of the kitchen Mondays to Saturdays from 12 p.m. to 6 p.m. that feed two to four people.

The collective that has flocked to ComCom Kitchen despite the pandemic has breathed new life into a squat building that’s also home to the authentic Mexican restaurant El Meños, a large, catina-inspired space on the corner of 1700 S. West Temple.

Axis T Properties recently bought the building and its sprawling parking lot in the middle of the Ballpark neighborhood. The stretch has been surprisingly quick to urbanize in the past few years, with new mid-density residential buildings lining 1700 South from West Temple to State Street and more on the way.

Axis T gave Cheng and his tenants permission to use the parking lot in creative ways, which opens the door to another creative concept for the capital city.

An opportunity for food truck lovers

It’s not just to-go orders out of the ghost kitchen. Three ComCom tenants are food truck owners who by law need a place to park and prep their food.

With an oversized parking lot and street parking on the way to this stretch of 1700 South, ComCom has the space and permission to set up food trucks. They’ve already started taking advantage of the opportunity.

On Tuesday night, Clayton Greenhalgh served tacos out of his Silver Moon Taqueria food truck, alongside Curly Williams, owner and operator of the Marmalade Coffee truck.

During the first three Tuesdays of August and September, Greenhalgh will be in the same spot, at 73 W. 1700 South, for Taco Tuesdays. Williams will be

While not Cheng’s primary focus, the property could set up a popularity test of the food truck pod concept in Salt Lake City.

Before the pandemic, there have been popular installments of semi-regular food truck clusters around town in recent years. Though nothing has come close to the permanent attractions in cities like Portland, where many neighborhoods have their own food truck pods that act as groupings of diverse cuisine in an area — often a parking lot — with tables, chairs, shade, semi-permanent landscaping and bathrooms.

Business owners in those pods open and close when they want. Some offer seating out of the elements, either under large tents or in ramshackle heated outbuildings. Most serve beer.

But the concept of a permanent, or even a semi-permanent, food cart pod has yet to catch on Salt Lake City. But some ComCom tenants say they’re interested to gauge success and have the flexibility to add more hours or make changes to meet the need.

“It would be optimal if we didn’t have to move, at least for me,” Williams said of the prospect of creating a semi-permanent area for his coffee truck. Williams said he hopes to serve coffee at ComCom certain mornings.

That sets up ComCom as not only a space for entrepreneurs to prep food, chefs to establish themselves, and food trucks to park overnight, it sets the stage for what could be Salt Lake’s only permanent space for food trucks.

If the demand arrives.