New 'luxury' student housing in the works near Trolley Square 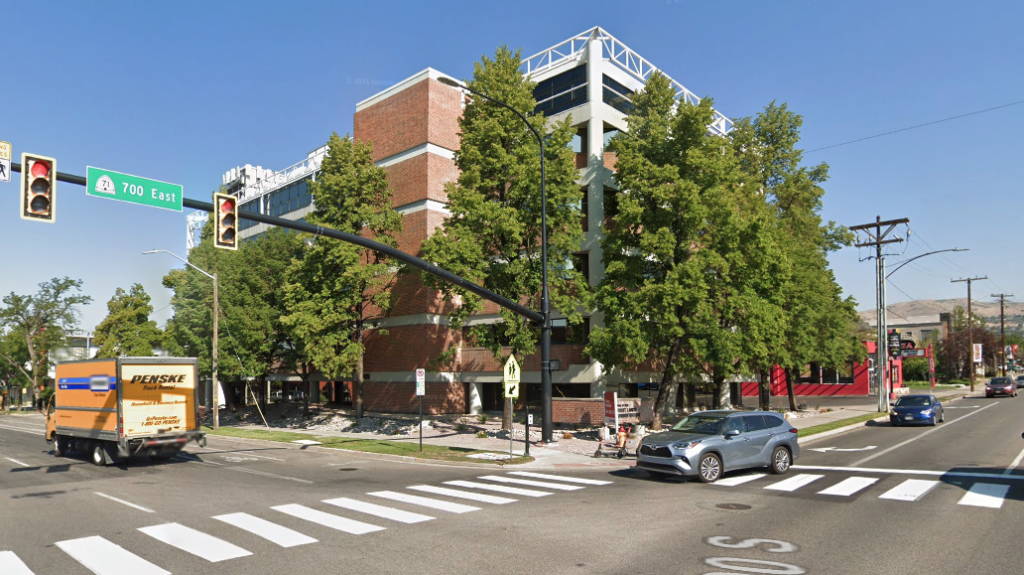 A firm that’s been active in the Salt Lake City market in 2021 is planning to transform an office building near Trolley Square into luxury student housing for students at the University of Utah.

What’s noteworthy about the project is that it would add dozens of four-bedroom units, a relative rarity in the building boom.

The developers say the project would come in two phases at 675 E. 500 S. It would involve retrofitting an existing building and replacing a three-story parking garage with an eight-story dorm.

The housing would put students about 20 minutes from Presidents’ Circle via transit, or about 2 miles west, and in a part of the city that’s much more walkable and bikeable than much of the area surrounding the U.

The ground floor of the new building would be 12 feet tall, with 10-foot floors above, eight above ground in total in an 87-foot tall building near Downtown.

The existing parking garage will be demolished and replaced with the second building, which will include student housing, a lobby, fitness center, study areas and a clubroom.

The new building would also include “a swimming pool or spa, outdoor patio, firepit, grilling stations, bar, trellis and landscaping.”

Retail/lease space to replace the existing restaurant operations will also be provided within the new construction.

“In the end, this will be one of (if not the only) large-scale purpose-built student housing communities in downtown SLC, which is very needed,” the developers wrote publicly after closing. “We are more than excited to bring our student housing skills to SLC for the students at the University of Utah.”

The project was submitted for design review this week by representatives from Alta Terra Real Estate and BKV Group. Renderings weren’t included in the submission.

August 11, 2019
UTA’s “Change Day” is upon us, where the agency annually tunes up its routes and schedules. This August’s changes are notable especially in Salt...
Read More

July 6, 2018
Salt Lake City’s historic recent growth has created tensions in some neighborhoods as neighbors, wary of changes to their neighborhoods will push back against...
Read More