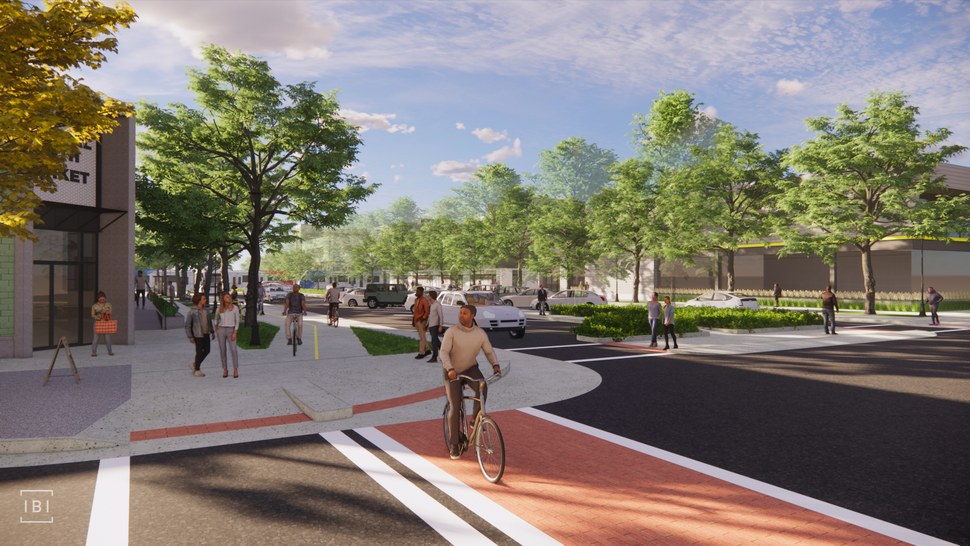 The Salt Lake City Council last week passed its ordinance for next year’s capital spending, and for development watchers, a number of projects stand out in the CIP (Capital Improvement Program) budget.

Several bold pedestrian- and bike-friendly investments were winners. Meanwhile, a proposed $58 million bond for capital projects from the Mayor – teed up for Council consideration later this summer – plans to pour tens of millions into parks, trails, and streets.

For urbanists, the policy pattern coming from city hall looks hopeful. The implementation of key walkability and bikeability elements in various master plans is getting a boost in 2021-22, thanks in part to new transportation revenue streams gained over the last several years.

This year’s funded capital projects largely show the City Council and the Mayor reaching in the same direction. In a parallel move, the Mayor’s proposed $58 million in new spending aims to amplify that echo across the city.

The city is poised to make big splashes for walkability and transit along significant blocks of 200 South and 200 East. The “Green Loops” concept, introduced in the 2016 Downtown master plan, will get designed along 200 East thanks to an extra $610,000 from the council’s CIP budget. The Parks and Public Lands department will be leading the future Green Loops implementation effort, a source in city hall told us.

Pioneer Park, meanwhile, is set to get another investment, funded in the new budget at $5.2 million.

The 200 South transit corridor makeover from 400 West to 900 East is close to fully funded. Currently one of the city’s most crucial east-west axes, the street is one of the city’s most densely developed. Yet it offers numerous development opportunities, if only counting surface parking lots. Included in the Funding Our Future web of street reconstructions, 200 South through Downtown is poised to become even better for busses, bikes, and pedestrians.

Parley’s Trail, a multi-modal path winding from Parley’s Canyon (where I-80 to Park City runs) to the Jordan River Trail, has two big interruptions in Sugar House.

The one to the east, at 1100 East/Highland Drive, under the jurisdiction of Salt Lake City, is about to be remedied.

The “Local Link” process, charged with “improving conditions for walking, biking, and transit in Sugar House,” received $500,000 in CIP funds to finish the trail as it leaves Hidden Hollow Park. The city wants it to cross Highland Drive just south of the Sprague Library, where a new pedestrian-activated HAWK signal is planned.

The Parley’s protected lane will run along the west side of Highland Drive, connecting with Sugarmont Ave and the S-Line Streetcar path.

Our marks scralled in blue, the missing links in the Parley’s Trail. South Salt Lake, left-center. Meanwhile, downtown Sugar House is about to get its portion of the trail completed between Hidden Hollow and Sugarmont Ave. Possible E-W routes in blue. Original images courtesy PRATT Coalition and SLC Transportation.

While Salt Lake City planners and policy makers will no longer be to blame for cutting off Parley’s Trail in downtown Sugar House, the other missing piece is just next door to the west. The city of South Salt Lake – and UTA – have succeeded in suffocating the trail from State Street to 300 West, even though the S-Line Streetcar provides the right-of-way.

Trails in the city’s foothills are set to receive $5.2 in the Mayor’s bond.

First floated to the City Council in June and to be paid over 21 years, it aims to spread the love to more than 20 public assets across the city.

Its biggest single slice of funding – at $10 million – is set for the city’s property on 1700 South just west of the Jordan River in Glendale. The Mayor’s eagerness to reactivate the site of the former Raging Waters has been evidenced in the city’s recent energetic outreach about the park’s future in surrounding neighborhoods. It’s located on the northeastern edge of Glendale Golf Course, also owned by the city.

The people’s preference, according to the city, is a park with major new water features – for which Mendenhall has earmarked $10 million in the bond borrowing.

The Mayor looks to get $13.2 million specifically for west side parks. $10 million is reserved for the former Raging Waters property, while an additional $3.2 million from the Mayor’s $58 million bond will make improvements in three west side neighborhood parks.

In Rose Park, 600/700 North will be the recipient of upwards of $8 million to make the segment between Redwood Road and 900 West more friendly to walkers and bikers, including school children at Backman Elementary and the many users of Riverside Park and the Jordan River Trail.

A new effort at traffic calming and “neighborhood byways“

The city’s Transportation Division is about to roll out a trial of its second-generation traffic calming program, called Livable Streets.

Capitol Hill, despite its many charming residential streets, sees a large amount of industrial and commuter traffic. Responding to an initiative from the neighborhood council, the city committed nearly $600,000 in funding for what appears to be a new era for traffic calming in the capital city.

As the Transportation Division claims in their CIP proposal, “The project uses a neighborhood  scale approach to traffic calming which is preferable to street by street because it avoids pitting residents against each other.”

Designed to minimize through-traffic of cars and create a comfortable space for walkers and bikers, say hello to Neighborhood Byways. 800 East near Downtown and Kensington Avenue through the Ballpark and Liberty Wells neighborhoods will see traffic calming and other safety improvements.

The Fisher Mansion, marooned by the construction of I-80 at 200 S and the Jordan River, is going to get $7.5 million for restoration in the Mayor’s proposed bond. Targeted by the city since the Ralph Becker Administration, the city has raised funds only to restore its coach house.

The Mendenhall Administration expresses hopes in budget documents that revenue flow from commercial rents at the Fisher Mansion will help city budgets. The Jordan River and Trail run along the mansion’s western edge.

The A. Fisher Brewery was once one of the Intermountain West’s biggest sellers of lager, and a rebirth – and expansion – of the brand is happening in the Granary District.

In addition, the city’s historic building at Warm Springs Park, formerly known as Wasatch Plunge, a developed indoor hot springs, will get an urgent $3 million in the Mayor’s bond for structural stabilization.