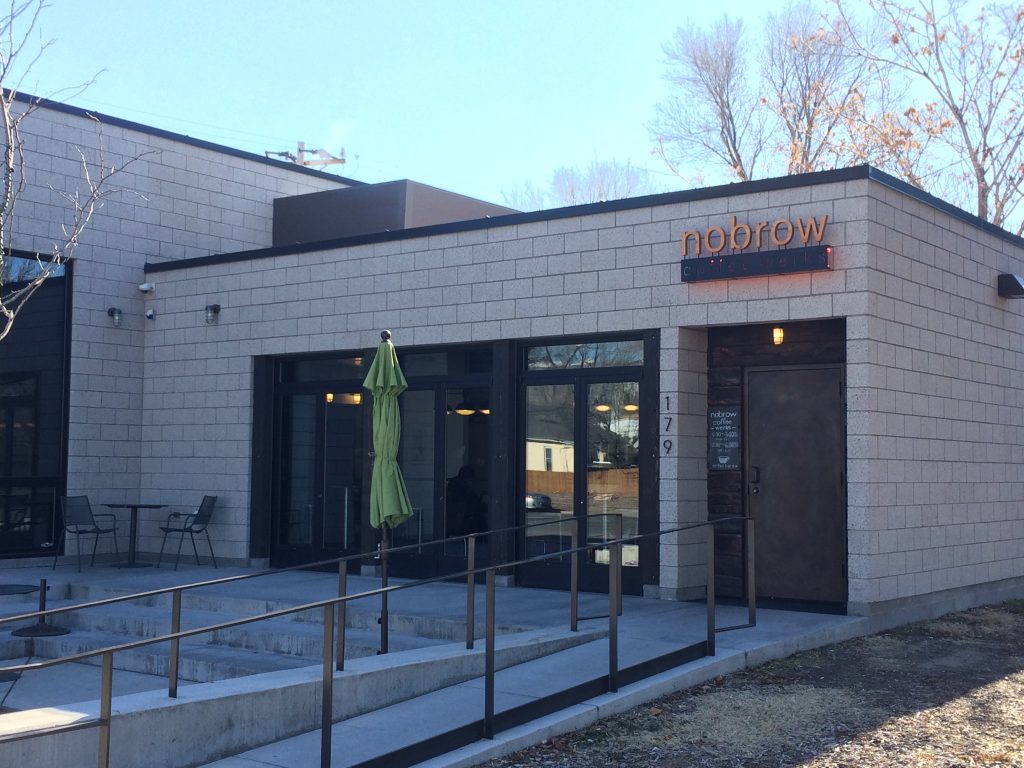 Central 9th’s No Brow Coffee Werks at the intersection of 900 South and 200 West will soon be no more.  Within the next few weeks, the eight-year old coffee shop will re-brand itself as Blue Copper, after the local coffee roaster that already supplies over half of the coffee No Brow serves.

“It made sense to be right next to them (No Brow),” said Patrick Andrews the main roaster of Blue Copper coffee.

The two companies officially merged last summer, but only recently decided to merge the two brands.

Andrews began Blue Copper two years ago, originally roasting at home in a popcorn popper.  It wasn’t until a No Brow employee sampled Blue Copper at the 2013 Craft Lake City festival that the roaster began supplying coffee to No Brow.

Salt Lake City’s coffee culture has grown significantly over the past few years, even receiving national attention via a profile by the New York Times.

Andrew’s decision to move roasting operations to Central 9th was motivated by not just convenience but wanting to be apart of a developing neighborhood.

Atlas Architects Inc, an architecture and development firm located next to No Brow, owns half of the coffee company and has a vested interest in the success of the Central 9th neighborhood.  The Redevelopment Agency of Salt Lake (RDA) selected Atlas Architects to develop a large parcel at 153 West and 900 South adjacent to both No Brow and Atlas’ offices.

The new development will include retail, restaurants and townhomes.

The decision to move No Brow to the Central 9th neighborhood two years ago reflects a belief in the neighborhood’s potential.  Andrews estimates that roughly 70 percent of the sales at the cafe are from regular customers.

Andrews would like to see more residential development in the area and amenities like a neighborhood grocery store.  As the Central 9th neighborhood grows, Andrews hopes Blue Copper grows along with it.

There are several residential projects in development within a block of No Brow.  A five-story, 85-unit apartment building is planned for the corner of 200 West and Fayette Avenue.  The RDA is developing the Jefferson Street Mid-block Walkway project that will create a walkway between Jefferson Street to 200 West and the 900 South TRAX station and include residential fronting the new corridor.