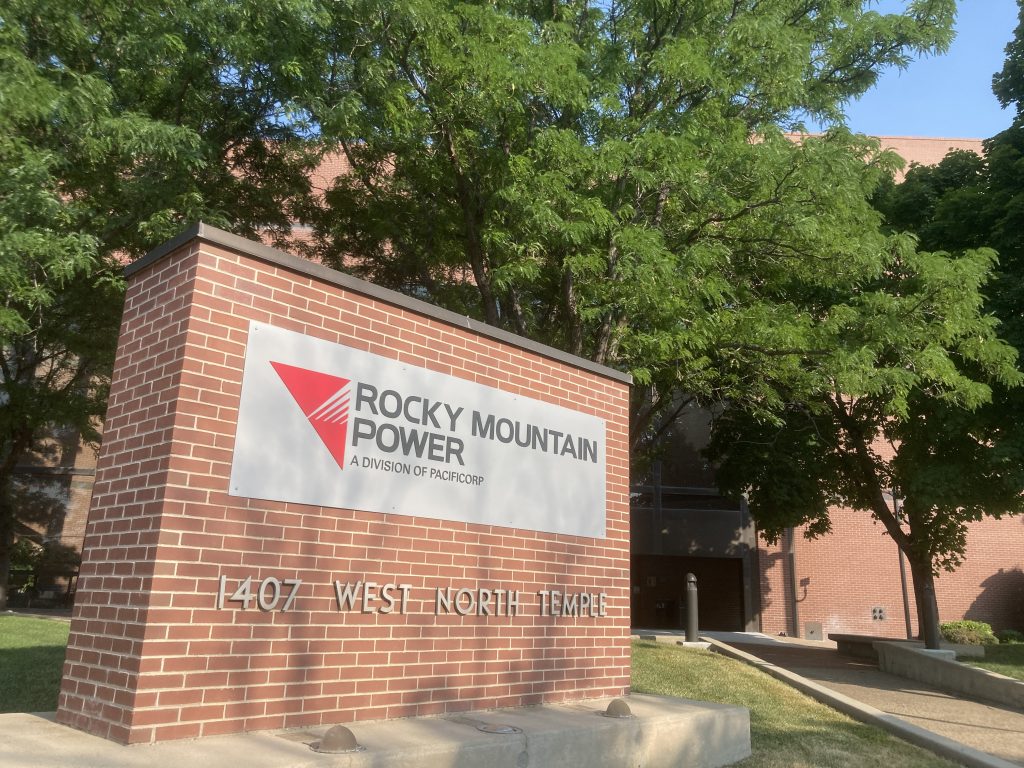 Pacificorp has chosen a development team to master plan their 100-acre property on the North Temple corridor in Salt Lake City.

Announcements are on hold until contract terms can be agreed upon for the Rocky Mountain Power (RMP) campus at 1407 W. North Temple. Those negotiations may continue into the fall.

While we know little of the firms and terms, Building Salt Lake has learned more about the scope of the RFQ and the sequencing of development’s first stages on the massive property just a mile west of Downtown.

The power company has revealed they want a new administrative headquarters on the Jordan River and they’re offering their chosen master developer a nice slice of transit station-adjacent frontage on North Temple.

New HQ on the river

Pacificorp Vice President for Government Affairs Jon Cox informed the Utah State Fairpark Board in June that the first order of business after choosing a development partner will be a new headquarters building.

Leadership has identified approximately eight acres fronting North Temple and the Jordan River as a preferred site – directly east of the company’s current offices. There’s city trailhead and a state liquor store in the way, however.

While Pacificorp owns the parking lot that serves the boat launch and Gadsby Trailhead at the Jordan River Parkway, it needs the state of Utah to vacate the site of its liquor and wine store at 1255 W. North Temple.

Cox spoke of increasing access to the Jordan River, possibly a park moving south from N. Temple that would be accessible to the public as well as employees.

The State Liquor & Wine Store at 1255 W. and the Jordan River and Gadsby Trailhead. Photos by Luke Garrott.

Cox told us in a phone interview that RMP has had preliminary conversations with the state about the liquor store.

Office employees would include 150 call center workers who will be relocated from the company’s West Valley City facility, Cox noted.

Across the river to the east is the State of Utah’s White Ballfield, identified as a site of a future mixed-use development under the direction of the Fairpark.

RMP would like to begin construction in 2022 and finish their new office building in 2024.

Also part of the project’s Phase One is a mixed-use development to be located on the parking lot directly west of the company’s current offices.

When asked “What kind of development?” by the Faripark Board, Cox responded that “We want to unlock the value of North Temple with TRAX there…Not just high density housing.”

In addition to master planning the site’s 100 acres, the chosen developer will have exclusive access to the first housing development on the site – directly south of the TRAX Green Line Power Station.

“If there’s interest, if North Temple really starts to develop, between our property and your property,” Cox told the Faripark Board, “perhaps that makes South Temple frontage much more valuable as well.” South Temple street is currently closed on RMP property.

Meanwhile, the stretch of North Temple (at Cornell Street) is about to be transformed. To the north of the TRAX station, large multi-family and mixed-use developments are on the way.

The city’s Redevelopment Agency has just demolished the Overnighter Motel at 1500 W. North Temple, opening the door to SPARK!, a project by Brinshore Development. Next door, the Diamond Lil’s property owner has obtained a demolition permit to move forward on apartment project on the former frontier-themed steakhouse.

The Overnighter Motel demolition, Diamond Lil’s sign, the view from TRAX, and the RMP parking lot that will see the development’s first mixed-use project. Photos by Luke Garrott.