Officials looking to art and the public to activate dead space 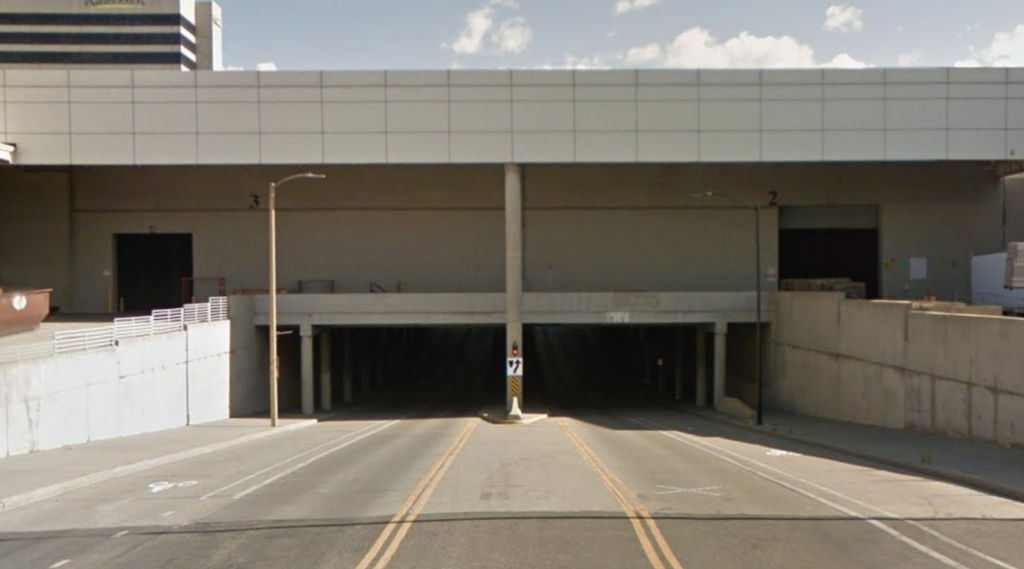 With a newly designated entertainment district, THE BLOCKS, downtown officials are next looking to activate dead space with art in the city’s central business district.  Beginning Tuesday, July 17 artists will begin working on the visual transformation of the 200 West Underpass at the Calvin L. Rampton Salt Palace Convention Center.  The underpass serves as a pedestrian connection for both the east and west wing of the convention center.

Officials will host a public celebration of art with food trucks, beverages and live music.  Additionally, the public is invited fill in a paint-by-numbers style mural on the large, monolithic wall at 200 West between 100 South and South Temple.  Prior to the public phase of the project, local artists will outline and complete unreachable sections of this 150-foot-wide mural.  Artists’ work begins on July 17 and the public component takes place on Friday, July 20 from 4 to 8 p.m. and Saturday, July 21 from 11 a.m. to 5 p.m.

“This large-scale mural is intended to transform an underutilized space into a creative and engaging location with potential as a venue for conventions, associations and event producers. Our goal is to provide the community with the opportunity to gather, and to create and develop a sense of ownership of the finished product,” said Kristin Beck, Managing Director of THE BLOCKS, Salt Lake’s Cultural Core, in a statement.

The 200 West Community Mural will be the first project of THE BLOCKS, Salt Lake’s Cultural Core.  Future projects include a comprehensive list of events, arts features and venues; Plein Air Festival with different locations around THE BLOCKS that will feature free live painting and pieces that will be sold with proceeds going towards charity; and the Mobile Arts BLOCKS Truck, which officials describe as a “party in a box” that will come complete with DJ equipment and staging and rotating artist murals on its side.

According to officials, THE BLOCKS represent the culmination of an eight-year, community-based process to showcase the rich, vibrant arts and cultural opportunities within Salt Lake’s Cultural Core, an area that includes most of downtown Salt Lake. The new Cultural Core brand and accompanying marketing support is intended to promote and package artistic experiences and urge the community to rediscover the region’s wealth of artists, performance groups, filmmakers and photographers.

November 7, 2018
There may not be a final rendering available but for the first time, the proposed site and height of the long-sought-after Convention Center Hotel...
Read More

July 30, 2018
The Gateway is continuing its evolution from an outdoor retail mall to an art and entertainment center.  On Monday, Gateway representatives announced that the...
Read More

July 11, 2018
The arts and culture have long been a staple of downtown Salt Lake and today local leaders solidified that relationship with the official launch of...
Read More

December 14, 2017
It is now up to the Salt Lake City Council to decide if more height is appropriate for the Convention Center neighborhood in downtown.  On...
Read More