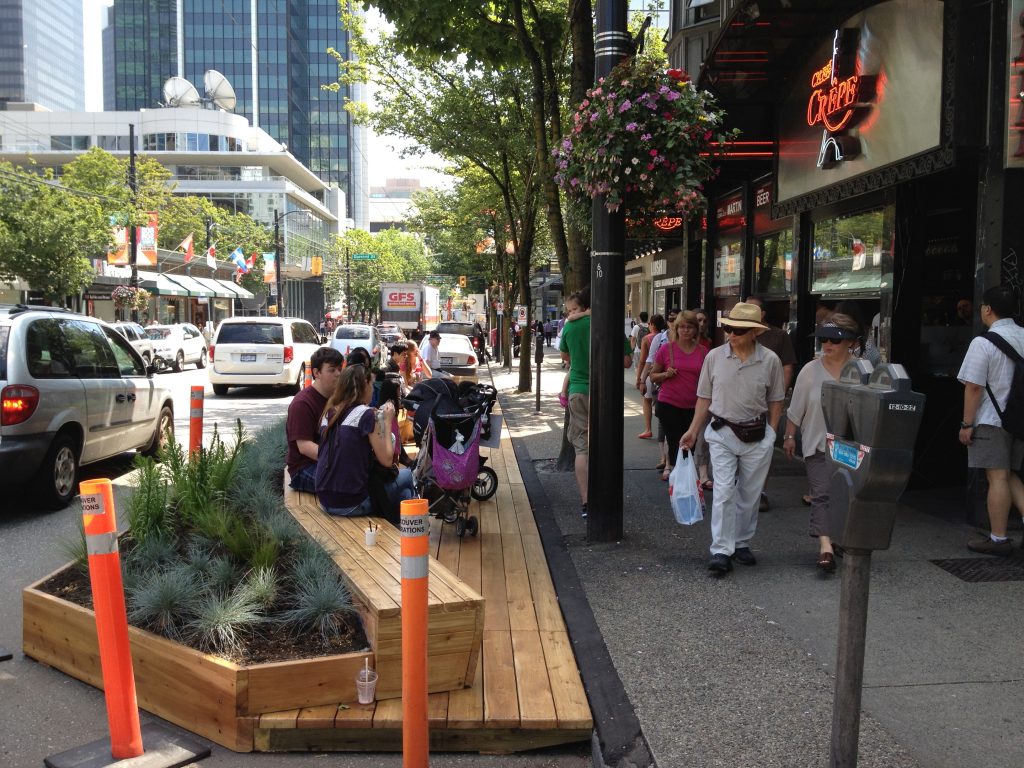 Taking away a downtown parking space is not usually a cause for celebration.  But this Friday, two landscape architects will celebrate the 10th annual Park(ing) Day by converting a parking space in front of the Judge Building at 8 E. 300 South into a one-day parklet.

“I want to show the importance of urban space,” said Smithson.

Smithson decided on Park(ing) Day as the venue for his tactical urbanism and selected a parking space directly in front of the office building of his employer, Logan Simpson Design.

As a landscape architect, Smithson is constantly aware of how parking needs relate to development and design.

Smithson is an avid cyclist.  The landscape architect regularly commutes by bike from his home in Millcreek to his office in downtown Salt Lake.  He chose bicycle advocacy as the theme for the parklet, taking advantage of the parklet’s location adjacent to the 300 South protected bike line.

According to Smithson, the goal of the parklet is to:

Smithson and his collaborative partner on the project, Landscape Architect Whitney May, will line up bikes along the 9 feet by 12 feet sparking space.  The team will place traffic signs along the perimeters to facilitate conversation and remind people that cars and bicycles share the road.  A small seating area will be included to allow visitors to linger.

According to the official website for Park(ing) Day, the purpose of the day “Is to call attention to the need for more urban open space, to generate critical debate around how public space is created and allocated, and to improve the quality of urban human habitat.”

“If it wasn’t there, people would just walk past that space and not think about what that space could be,” said May.  “When you have something happening in a public space that is not a car, people notice.”

Smithson had trouble finding other groups wanting to participate in this year’s Park(ing) Day.  He would like to see his parklet become a catalyst for similar tactical urbanism while increasing the awareness of Park(ing) Day and eventually producing permanent parklets through partnerships with local businesses.

The Downtown Alliance used a similar style of tactical urbanism by sponsoring five popup parks on a two-block stretch of Main Street.  The parks were assembled on the sidewalks and were open from April into May.

The 300 south parklet will be open to the public from 9 a.m. to 3 p.m. Friday, September 18th.  Visitors are invited to bring their bikes.