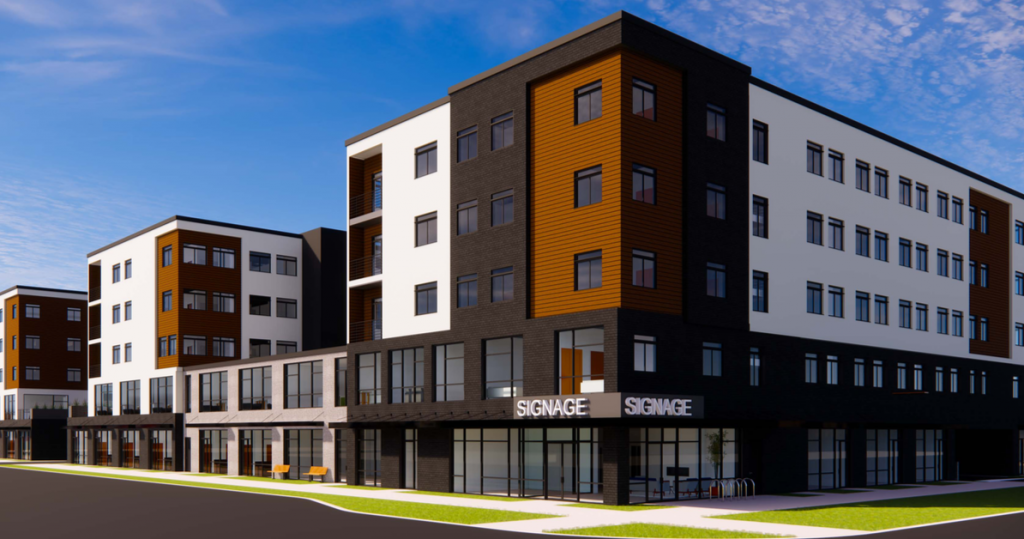 In a Salt Lake City neighborhood marked for transition by transit-oriented zoning near the North Temple corridor, the planning commission last week denied a developer who was looking for relief from several design rules.

Their petition landed on the planning commission’s desk because the developer’s design exceeded the TSA-UN-T’s restrictions on facade length and distance between entrances.

The reason for these limits has to do with controlling building scale, the commission told the petitioner. “This feels like one massive, long building,” Commissioner Amy Barry commented, drawing parallels to similar frontages in downtown Sugar House.

One of the project’s owners, Joe Johnson, told the commission that he lengthened the building specifically to accommodate the building’s parking needs.

While not a mixed-use building, the 900 West frontage is lined with ground-floor residential units, two-story “executive lofts” and 1-story “suites.” Per the zoning, they are required to meet commercial space specs. One of these, the developer noted, can be converted into a 44 ft deep ground-floor commercial space.

In a letter signed by its Chair, Eric Lopez, the Poplar Grove Community Council expressed “major concerns” with the proposed development, asking for a smaller building and the replacement of neighborhood amenities that have been lost over time.

There is double irony in developer Johnson’s comments that he increased the size of his building to accommodate its parking needs. His desire to achieve a 1:1 parking ratio in a transit zone is notably un-TOD, but it’s not simply to please lenders – or as he mentioned, property management companies.

The developer is also responding to neighborhood concerns about parking “spilling into neighborhoods.” “We wanted to make sure we had enough parking on site, underneath, so we could control all of our parking requirements and not have cars and guests and people spilling out onto the streets,” Johnson told the commission.

What will happen to the project is not known. The developers have been in process with the city for over a year, and have revised their proposal at least once.