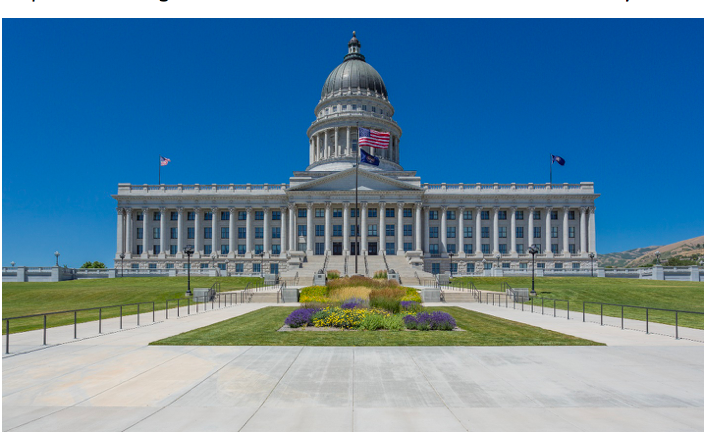 ADUs are often cited as a potential solution for allowing cities to increase housing supply, while retaining the traditional character of single-family neighborhoods. Traditional ADUs are usually newly constructed secondary buildings that are added to an existing lot with a single-family home.

HB 82 would specifically address internal ADUs, where the ADU is incorporated to the primary dwelling on the lot. Currently, this bill has a stipulation that the internal ADU must be within the existing footprint of the lot’s primary structure.

We spoke with Representative Ward about his proposed legislation. He told us that the fundamental problem that contributes to rising housing costs across Utah is a lack of housing supply. His proposed solution is to remove the regulatory barriers that prohibit a homeowner from converting a portion of their home into a new unit of housing.

As Rep. Ward explained, many of Utah’s single-family homes were built for large families, and as kids have moved out, now have unused living spaces ripe for repurposing.

Over half of respondents reported the existence of illegal ADUs in their cities, not complying with existing ordinance.

The local ordinances on ADUs vary among municipalities, with some only allowing internal ADUs or placing various restrictions on their construction. This bill would seek to provide a uniform set of standards for internal ADUs across the state.

The Wasatch Front has a large barrier when it comes to increasing housing supply to meet future demand. 88% of land in Salt Lake county is zoned as single family residential, according to another 2018 Salt Lake County report. The bill proposed by Rep. Ward would allow internal ADUs to increase the housing stock in these zones.

HB 82 is working its way through the House Business and Labor committee. If passed into law, it would allow for internal ADUs to be retrofitted or constructed as a permitted use in any residential zone. This “permitted use” distinction is important.

For example, in many zones in Salt Lake City, the process of constructing or converting an existing space into an ADU is a conditional use. The conditional use process can be lengthy and is typically subject to Planning Commission review.

Yet in reality, the majority of ADU applications in SLC succeed in obtaining Planning Commission approval because Utah state law mandates that a conditional use be approved “if reasonable conditions are proposed, or can be imposed, to mitigate the reasonably anticipated detrimental effects of the proposed use in accordance with applicable standards” (UT Code Title 10, Ch. 9A, Pt. 5, Sec. 507).

This wording usually leads to commissioners being bound by state law to approve conditional ADU requests, often in the face of objections from neighbors concerned with increasing density.

Rep. Ward told us he is trying to strike a balance between local control and perceived state overreach. In crafting the bill his intent was to not strip municipalities of zoning control, but at the same time provide a uniform set of rules for internal ADUs statewide.

Internal ADUs do have some applicable restrictions, both in this bill and existing state-adopted building code. The proposed bill states that the primary structure must be owner-occupied. Additionally, current code mandates that ADUs must have fire separation from the primary dwelling. Separate ventilation systems, water and gas shutoffs, and power disconnects are also required currently.

This bill would offer some relief to these standards. The separate ventilation system would no longer be required under the proposal. The bill seeks to provide a balance of affordability for homeowners seeking to convert an existing space, with the safety that should be required of two separate dwelling unit in one structure.

With Utah’s housing market continuing to heat up, ADUs may be one tool that municipalities can use to increase available housing supply, especially in areas dominated by single family homes. If this bill were to pass, it would simplify the approval process for internal ADUs across the state.