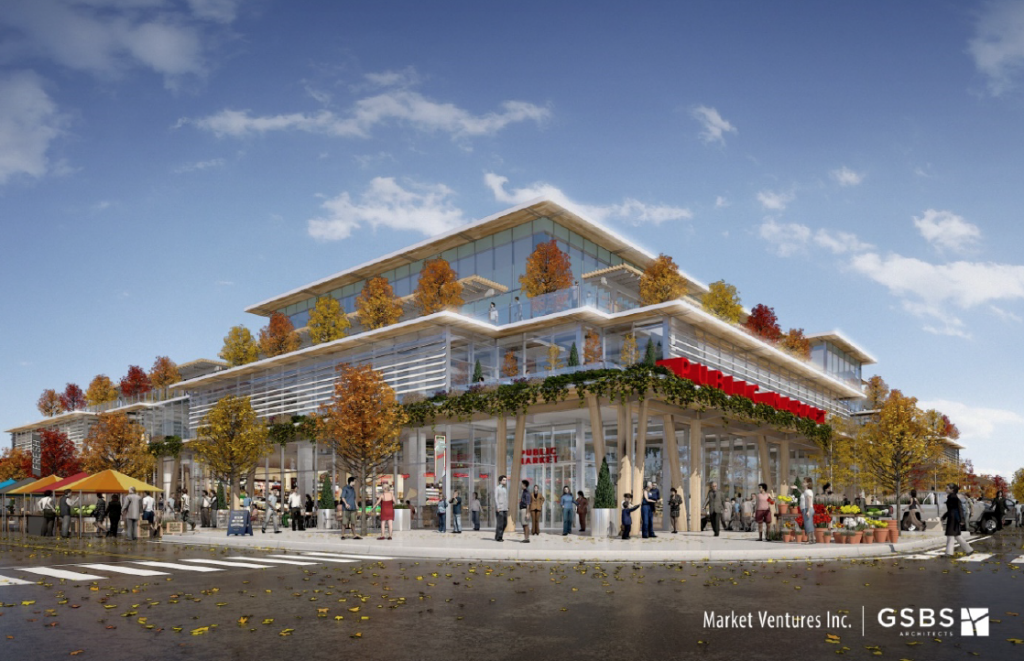 It’s been over a year since the Salt Lake City Council acting as the Board of Directors for the Redevelopment Agency of Salt Lake City (RDA) voted to allocate funds to explore the market feasibility for a proposed year-round public market.  But on Tuesday, representatives from Market Ventures, GSBS Architects and Salt Lake City Department of Economic Development presented to the RDA Board their first draft of a Feasibility Study and Concept Plan for a year-round indoor Public Market in the Depot District.

“I’m a little disappointed that at a year out this is the first time we get to see a draft,” said council member Lisa Adams.

Plans for a year-round indoor public market have been in the works since as early as 1998.  In 2007, the Downtown Alliance collaborated with the RDA to conduct a feasibility to explore funding a market.  That study, conducted by Market Ventures, found that a year-round market could be supported downtown.  In 2011, the city began a site selection process before formally selecting parcel five at the northwest corner of the 500 West and 300 South intersection in the Station Center project area, in 2016.

The initial 2007 feasibility study found that downtown could support a market, the study was vague in how that support would look.  According to staff from Market Ventures, the 2007 study found that a market could break even if favorably located.  Additionally, downtown has grown significantly since the 2007 study, in both residents and workers, leading city and downtown officials to request the updated study.  The 2017 draft study expanded on the 2007 study’s scope by exploring potential funding sources, construction costs, parking needs, building uses and building design.

Council member Adams questioned why the Rio Grande Depot wasn’t considered an appropriate site for the market.  Market Ventures staff argued that the age of the building and limited space didn’t make the depot a cost effective option.  Staff further argued that a new-construction market could be a catalyst for the Station Center project area and the Depot District.

The report’s authors expect that a year-round market could bring in around $20 million in fresh food sales and would build off the success of the summer and winter Farmers Market.  The west-side location would have limited competition because the area is in a “food desert” and currently lacks a grocery store or year-round access to fresh produce.

The draft plan presents three options for the year-round market.  The preferred option calls for three levels of parking, two levels of public market space, a rooftop deck that could be used as event space and three levels of office space.  The market would include a mix of food vendors and corner restaurant space.  Report staff anticipate that on average vendors would see a $70,000 yearly profit.

Council member Charlie Luke asked the study team to add an option that includes affordable housing and said he would be willing to explore allowing for greater building height and the elimination of parking requirements to see affordable housing included.  The proposed location for the market is in the Downtown Warehouse/Residential District zone (D-3) which allows for building heights up to 85 feet through the Conditional Building and Site Design Review process.

“It is a unique opportunity because of its proximity to the Intermodal Hub,” said Luke.

While the draft study doesn’t include any formal design renderings, the study suggests that transparency with large windows and street engagement with spaces that spill out to the street level will be key to the market’s success.

Council members expressed a desire to move quickly on the public market, but not before council questions on the draft study are answered and an affordable housing component is explored.  The next steps will be to create a Public Market Implementation Plan which would look at allocating the land for the public market, creating a financing strategy for a mixed-use building and establishing development leadership and marketing strategies.