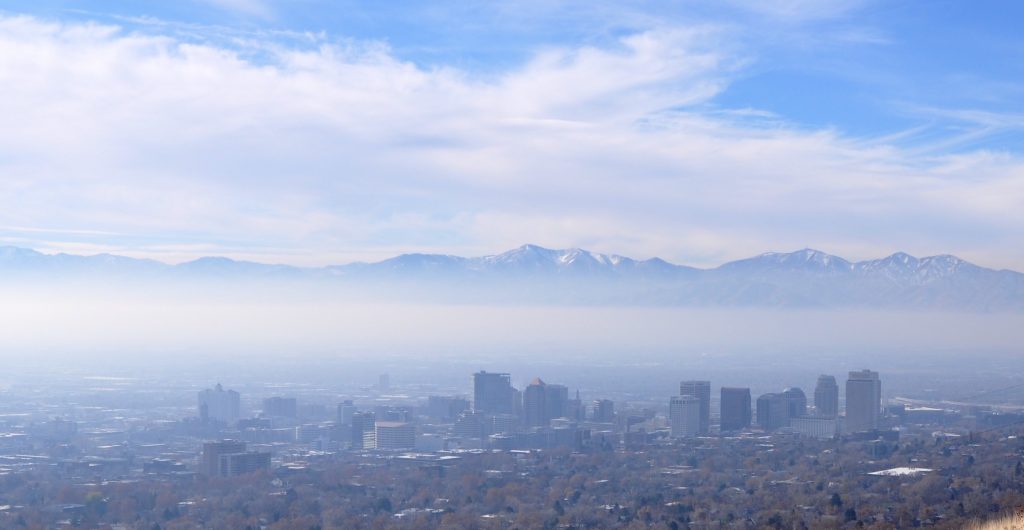 Utah’s pernicious winter air and the fact that state’s population is expected to nearly double by 2050 make planning for how Utah grows imperative.  With vehicle emissions the greatest contributor to pollution during winter inversions, future transportation infrastructure will determine both how residents will efficiently get around and the quality of air they’ll breathe.

Every four years, the Wasatch Front Regional Council (WFRC) is tasked with planning Utah’s future transportation needs and they are seeking feedback from the public on how to best to draft a plan that best serves the state.  The 2015-2040 Regional Transportation Plan (RTP) will be adopted later this year.  The plan is in the public comment period until the end of February.

The RTP identifies the major new roadway, transit and bike projects needed over the next 25 years in Salt Lake, Weber, Davis and a portion of Box Elder County.

“We need ongoing feedback,” said WFRC Deputy Director, Ted Knowlton to a group of members of the Utah chapter of the Urban Land Institute.  “We are talking about billions of dollars being spent, if we don’t have good modeling (the RTP) then that means that money might not be spent in the right way.”

Utah is projected to reach a population of over 5 million by 2050, with the majority of that growth happening along the Wasatch Front.  Utah’s new population will also become even more urbanized.  Utah is already the eighth most urbanized state in the country.   As of 2010, 91 percent of Utah’s population resided in urban areas, compared to 80 percent in 1970.

The plan is based on the  Wasatch Choice for 2040 Vision  and reflects an ongoing, collaborative effort by local governments and transportation agencies to meet the long-term transportation challenges of population growth in the Wasatch Front.

The plan addresses Utah’s current infrastructure needs, while outlining improvements and identifying new projects that will make the transportation system operate more efficiently in the future.

According to Muriel Xochimitl, the director of intergovernmental affairs and communications for the WFRC, the transportation plan is “proactive planning (that) will help to support a stronger economy, improve air quality and ultimately enhance residents’ overall quality of life.”

A third open house will be available online at wfrc.org for a live question and answer session on February 17 from 4:00pm-6:00 p.m.