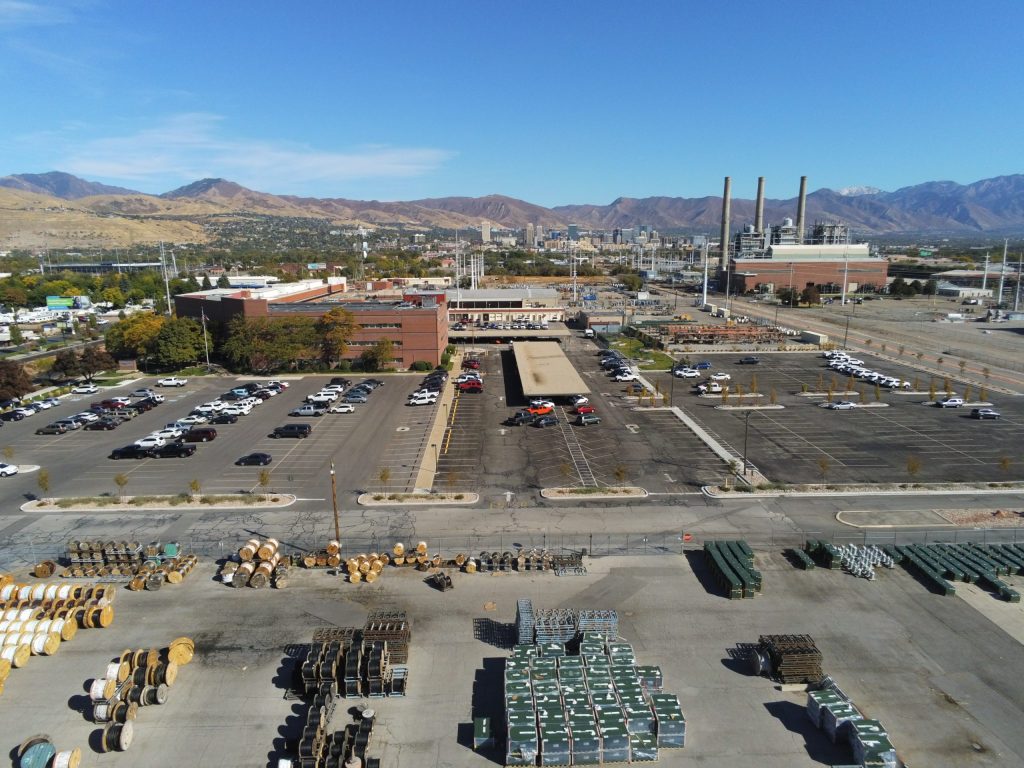 A massive change is coming to Salt Lake City’s west side.

Rocky Mountain Power recently moved to offer its sprawling, 100-acre campus in Poplar Grove up for redevelopment, creating a once in a lifetime opportunity to bring life to an area that’s been looking for transformative projects.

The utility, which has operated on the site since the 1950s, and the city are hoping the project will become a catalytic mixed-use community hub with a mix of housing, retail, office, green space and more.

“RMP is seeking respondents that can envision the redevelopment of the Power District property into a vibrant, mixed-use neighborhood on the west side of Salt Lake City and demonstrate their capability to execute that vision,” the listing says.

Rocky Mount Power is requesting responses from potential developers who can provide architectural designs, engineering and removal services for existing structures. Initial letters of interest are due Oct. 30 and Rocky Mountain Power looks to move ahead with a development team by May 2021.

The eventual development is largely conceptual at this point, although Rocky Mountain Power plans to maintain a long-term presence as well as ownership over the land that it will lease out over the long term. The property runs roughly from Redwood Road to the Jordan River.

It’s hard to overstate the impact the site’s redevelopment, along with potential redevelopment of vacant, state-owned land east of the river, would have on the area.

The city has rezoned much of the surrounding area as transit-oriented, as the transit-rich North Temple corridor bridges the gap between the airport to the west and Downtown less than two miles east.

But residents have been waiting for projects that can continue to build out the area with more businesses and housing.

For context, the space available for redevelopment is larger than the Sugar House business district. It’s about the size of Downtown from South Temple to 400 South from West Temple to State Street, the heart of the Central Business District.

City and state line up to help

City and state leaders quickly lined up in support for what is now largely conceptual but hugely promising.

“When combined with river frontage, direct adjacency to two light rail stops, around-the-corner access to two US freeway systems, and dozens of acres in neighboring greenspace,” Mayor Erin Mendenhall said in a letter supporting the opportunity, “we believe this area and development could become one of the most desirable places to live and work in our City and the region.”

Mendenhall said the city was ready to help clear the way for the eventual redevelopment, including potential zoning changes, help with planning and even funding.

Representatives of the state have also said they’re standing by to help.

“State leaders are committed to assisting this proposed project as a key growth opportunity for the Salt Lake City metropolitan area,” wrote Theresa A. Foxley, President and CEO of the Economic Development Corporation of Utah.

The site has been used as a corporate office, electric transmission and distribution hub since the 1950s.

Rocky Mountain Power will remain on site as part of the redevelopment, which is open to a request for qualifications (RFQ).

The existing Gadsby power plant will be decommissioned by 2032 or sooner, and the company is looking to build a new headquarters office, a data center and a service facility on the site off North Temple.

RMP is hoping to offset the costs of its new structures through the redevelopment of the site.

July 29, 2021
The Other Side Academy unveiled its ambitious goal to build 400-500 small residential homes for the region’s chronically homeless population on a former landfill...
Read More