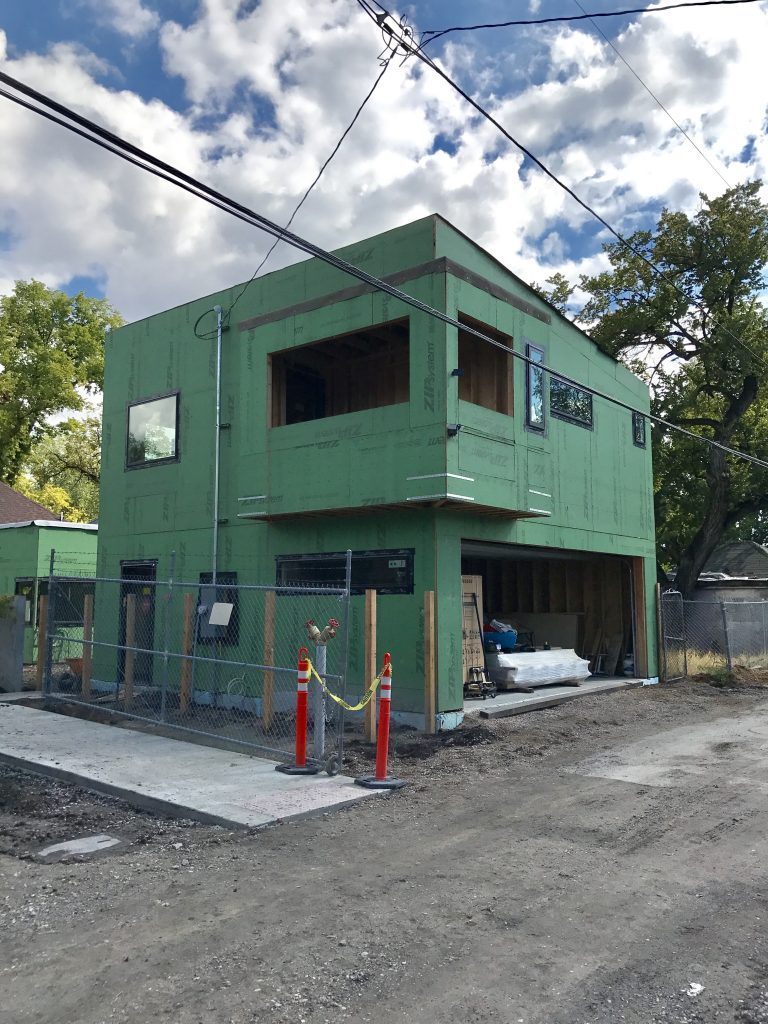 After several years and significant back and forth decision making, Salt Lake City’s current draft of proposed amendments to its Accessory Dwelling Unit (ADU) Ordinance will not include a boundary that would have excluded the wealthier Eastside and Avenues neighborhoods from the ordinance’s expansion.

On Tuesday, April 9, planning and council staff presented to the Salt Lake City Council the revised ADU ordinance proposal based on council feedback from a series of meetings in 2017.   The original draft proposed the boundaries of South Temple and 1300 East after pushback from residents living north and east of those corridors as the city spent over three years exploring a citywide ADU ordinance.   After voting to remove the boundary then voting to reinstate it, the council voted to table the ADU ordinance until this year after learning that a boundary could violate fair housing laws.

“My impression of this process to date is that as a city we have looked at our standards and ADUs as we want them but are afraid of the impact,” said Planning Director, Nick Norris.  “We’ve been taking what I would call an enforcement approach instead of a goal-oriented approach.”

Norris suggested that the city should pursue a more goal-oriented approach as it would help planning staff better oversee the ADU program and monitor the program’s progress.

Planning staff also recommend that the city simplify owner occupancy requirements, remove a cap on an ADU’s footprint, simplify parking requirements, remove a business license requirement and only require proposed ADUs in the FR (Foothill Residential District) and R-1 (Single Family Residential) zoning districts go through the conditional use process.  Both zoning districts only allow single-family detached homes and as a conditional use, residents wanting to build an ADU would need Planning Commission approval.

Norris noted that the conditional use process doesn’t mean that neighbors can stop a project that they don’t like, but it does allow the Planning Commission to enforce design and use standards.

Building ADU’s in the low-density residential zones are further complicated by the currently proposed zoning regulations that would cap the size of ADU’s at 720 square feet and require ADU’s not surpass 50 percent of the main dwelling’s footprint.   Norris told the council that the median footprint for a single-family detached house in the city is around 1,100 square feet, so only homes with larger footprints could accommodate an ADU.

Current parking, height and setback requirements would further limit the type of properties that could accommodate an ADU.   Homes on smaller lots would need to be at least two stories and have a detached two-car garage to provide the required off-street parking stall and ensure that the ADU is not taller than the main structure.

Under the current draft plan, there would be fewer restrictions on ADUs in multifamily, mixed-use and commercial zones.  ADUs in those neighborhoods would be capped at around 1,000 square feet.  Norris also cited Denver and Portland Oregon as evidence that allowing ADUs in residential neighborhoods has a minimal impact on a neighborhood’s character as most residents living in single-family detached homes haven’t opted to build an ADU with just a 0.5 of Denver residents and 1.3 percent of Portland homeowners adding ADUs in lower density residential neighborhoods.

Norris told the council that he estimates that Salt Lake City will most likely see a participation rate in ADUs somewhere between Portland and Denver’s rates.

“Even in cities that we are looking at sort of emulating… they are looking at 1 percent of available lots being used for ADUs,” said Councilmember Andrew Johnston.  “I’m trying to steer away from this fearful kind of place.  If we think that this fills a nitch in the housing market that can be addressed, a lot of the restrictions we are looking at don’t make a lot of sense to me. I hope that in the conversation going forward we balance out some of the fear with this with the data and look at how we can make this work.”

Councilmember Charlie Luke, who voted against the citywide approach, acknowledged that the data does suggest that ADUs don’t typically overrun neighborhoods but that the ADU ordinance is part of a greater conversation on density.  Luke suggested that allowing ADUs in residential neighborhoods would increase the need for more public safety and transportation services to those areas.

Luke asked the council to straw poll requiring ADUs in the R1 zone only be allowed to family members or leased to residents earning up to 50 percent Area Median Income.

Overall, most council members stated that they didn’t feel prepared to straw poll leading Luke to pull his request for a vote.

The council appears to still be divided on a citywide ordinance and how it would be regulated but Tuesday’s work session was just the first of what looks to be several future hearings as council finalizes the language in the ordinance and staff conduct another public outreach campaign to inform and gather feedback from residents.