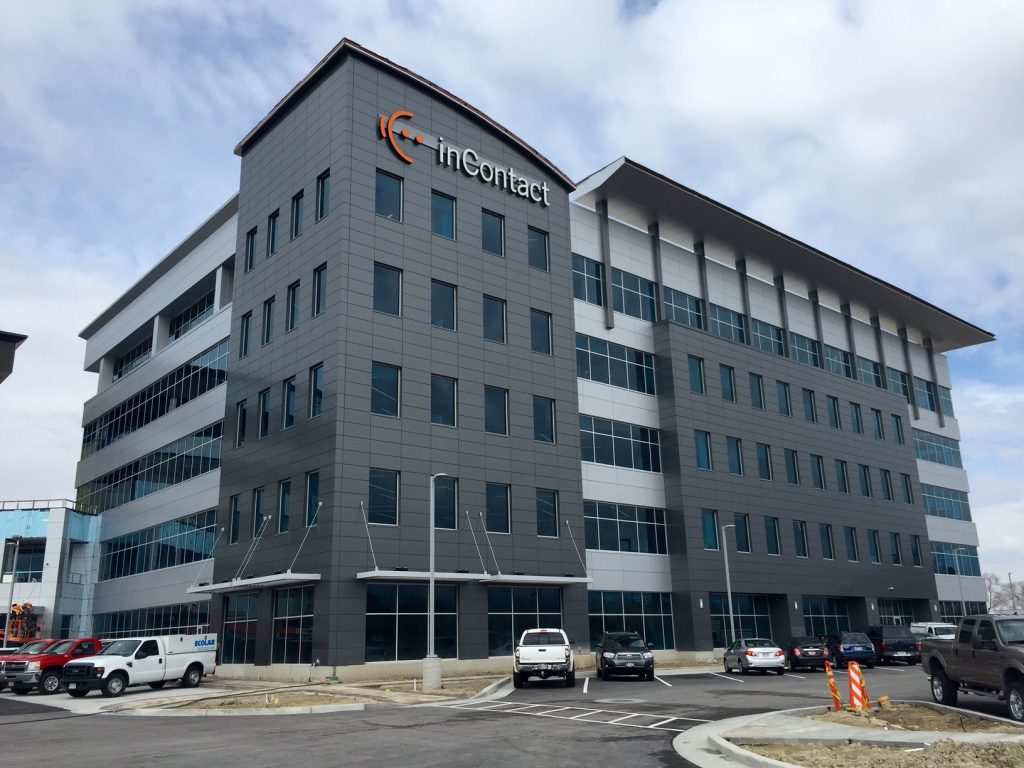 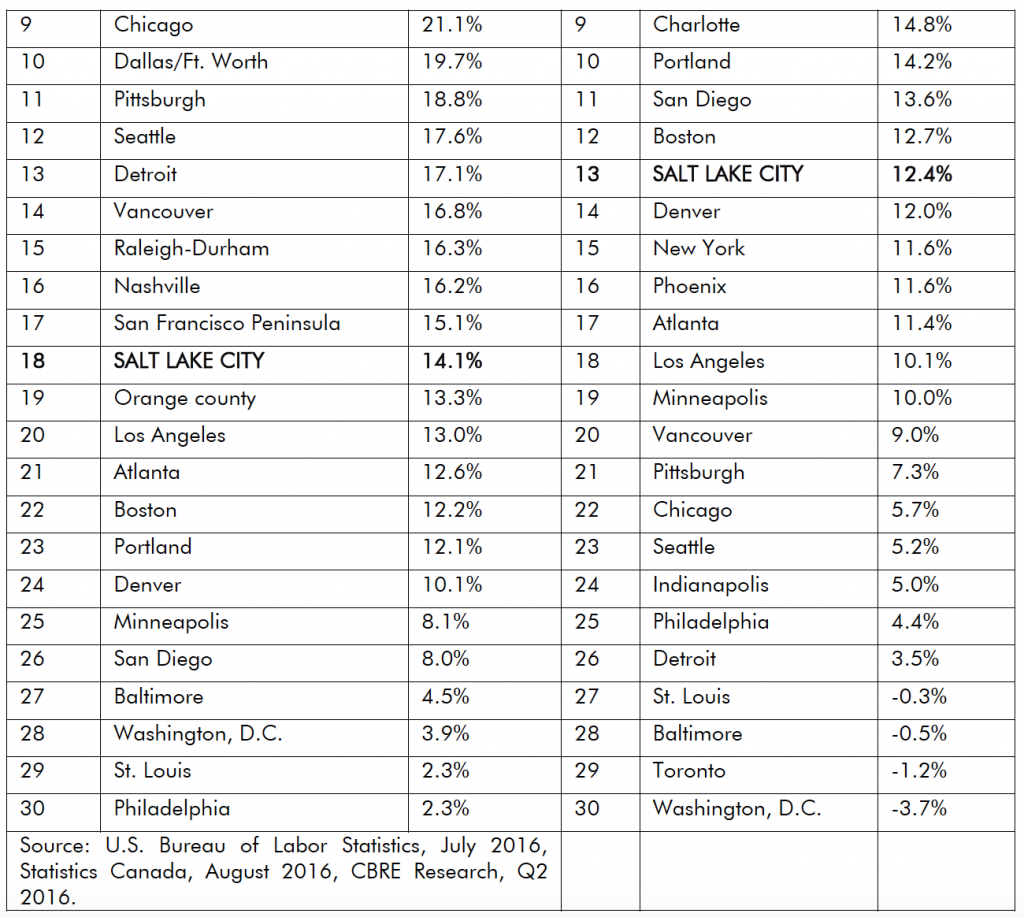 Salt Lake City is no longer an emerging tech market.  According to a new report by CBRE Group, a commercial real estate services and investment firm, Utah’s largest metro is now considered a “growth leader” in the high-tech software/services industry.

The change in distinction is a result of above-average job growth and office market performance, according to CBRE’s annual Tech-Thirty report, which analyzes high-tech software/services job growth in the 30 leading technology markets in the U.S. and Canada.

“Tech has been a driving force in Salt Lake’s economy for some time now,” said Eric Smith, a senior vice president in CBRE’s Salt Lake office, in a statement.  “In fact, the South Valley ranks fourth in the report for net absorption, meaning much more real estate was leased or occupied than vacated.  These are strong numbers and they bode well for the local economy.”

Indeed, the CBRE notes that while the south portion of the Salt Lake Valley has the region’s largest share of the tech market and leads the local market in tech growth, office rent growth in the South Valley grew at a slower pace than the rest of the Salt Lake market.

According to the report, despite slowing job growth nationally, tech-related office leasing accounted for 20 percent of all office leasing in the U.S. in the first half of 2016, up from 18 percent in 2015.  In Salt Lake, 37 percent of top leases through mid-year 2016 were driven by tech firms.

The Salt Lake market is 18th among the top 30 tech markets for job growth in the High-Tech Software/Services industry with 14.1 percent job growth between 2013 and 2016.  Salt Lakes high-tech job growth is nearly double the national growth rate of 7.3 percent.

South Valley may have the largest concentration of the region’s tech jobs but locally and nationally technology companies are slowly trending away from suburban centers toward urban clusters.

“Tech companies are moving downtown,” said Peter Barth, CEO of The Iron Yard code school.  “We like to be in urban centers, be part of communities that are moving.”

Besides downtown, tech clusters are emerging in Sandy and South Jordan in proximity to the FrontRunner commuter rail, TRAX and the Interstate 15.

“Advanced technology has integrated itself into business productivity and although the talent pool is limited, strong demand for technology services from both businesses and consumers is expected to support hiring by high-tech firms,” said Colin Yasukochi, director of research and analysis at CBRE, in a statement.  “This demand for technology should support growth among high-tech companies and high-tech office market clusters.”