With Sears now closed, a huge development opportunity presents itself 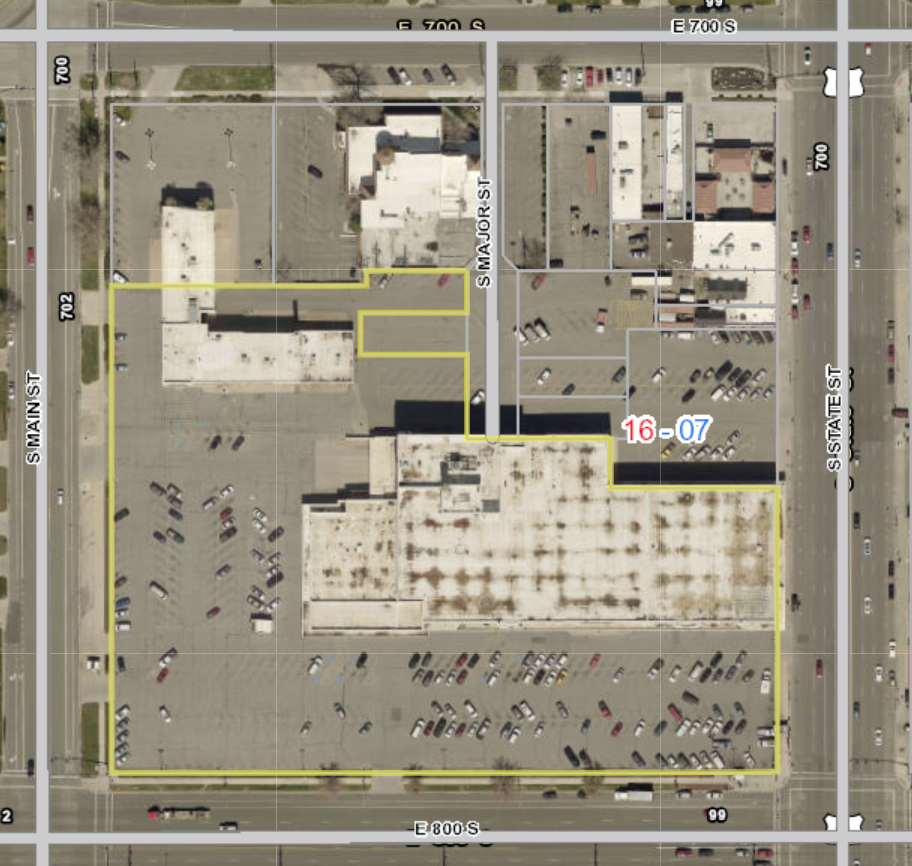 As of this week, Salt Lake City has one less big box department store.  On Monday, Sear Holdings closed its downtown Sears Department store on the 700 South block of State Street. The closure means that 8.5 acres of prime downtown real estate just became available as the city is in the middle of a development boom.

The parcels are zoned D-2 (Downtown Support District) which allows for a mix of residential and commercial with building heights up to 65 feet outright and up to 120 feet through a Conditional Building and Site Design Review.  Under current zoning, if built as is today the Sears building and surface parking wouldn’t meet the city’s design standards.

According to the city’s zoning code, “The purpose of the D-2 downtown support commercial district is to provide an area that fosters the development of a sustainable urban neighborhood that accommodates commercial, office, residential and other uses that relate to and support the central business district. Development within the D-2 downtown support commercial district is intended to be less intensive than that of the central business district, with high lot coverage and buildings placed close to the sidewalk… design standards are intended to promote pedestrian-oriented development with a strong emphasis on a safe and attractive streetscape.”

The Sear’s block not only has the potential to be a catalyst in the immediate area, but also a bridge between an expanding downtown to the north and the Central Ninth neighborhood to the south.  Additionally, the block could be home to hundreds of needed residential units and is within two blocks of two TRAX stations and the high-frequency 200 bus route.

To put the development potential of the area in perspective, both the east and west sides of City Creek are about 7.5 acres each, an entire acre smaller than the Sears parcel.   You could fit the proposed 650 Main project with its two 10-story office towers on the Sears parcel and you’d still have 2 acres remaining to develop.

The turnover was almost immediately the last time a department store closed in Salt Lake City.  The Shopko store in Sugar House closed January 2017 and was demolished by August with construction starting on the Park Avenue mixed-use development less than 10 months after the store had closed.

Perhaps the Sears block will have a similarly fast turnover.  There are rumors in the development community that several out-of-state developers have inquired about the Sears property.  In the meantime, Building Salt Lake will stay vigilant with any future updates on the property’s future.