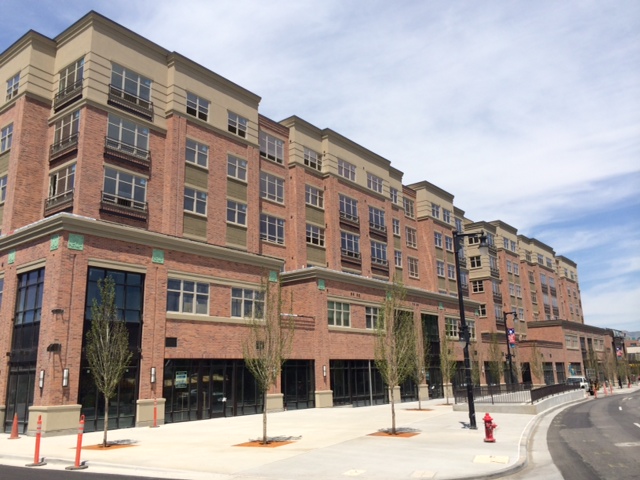 While many new buildings in recent years have undergone design scrutiny, the City Council will consider over the coming six weeks whether to apply stricter, less ambiguous standards to all new buildings in the Sugar House core that planning staff believe will promote better street life.

That includes the requirement that the ground floors of new buildings along 2100 South and 1100 East must include commercial space rather than residential, something that doesn’t exist anywhere off of Main Street Downtown, planning officials said Tuesday.

While that standard can be successful at activating neighborhood street life by creating spaces for the public below private spaces, it emerged as a potential hot point for at least one member of the council and the council’s second ongoing debate over citywide housing equality.

Councilwoman Amy Fowler, whose district includes Sugar House, said she was wary of putting in code any requirement that could prevent the creation of housing units for residents with disabilities or the elderly within this urban node.

Fowler said she worried the city had made progress toward “eliminating discriminatory zoning practices,” and suggested the ground-floor requirement could be a sticking point while the council considers the issue this month and next.

During the meeting, new Councilman Darin Mano showed the expertise he brings to the council. Mano, an architect and former member of the city’s Planning Commission, said he might feel OK with requiring street-facing, ground-floor commercial in that area — rather than allowing buildings that are entirely residential — knowing that developers could create ground-floor housing units within the building but away from the street.

“If a building was 50 feet deep, the back 25 feet could be used for ADA-applicable units,” he said. “In that case I’m not as concerned because if the building is only 25 feet deep it’s probably not going to have enough units to where ADA requirements start to kick in anyhow.”

“If it’s a large enough building it seems like there could be those ground floor units,” he said.

Planning staff also suggested they created some flexibility in the proposed ordinance by allowing for live/work space at ground level, which Planning Director Nick Norris suggested the city would “really struggle with that from an enforcement perspective.”

The issue over accessibility has flared up two other times while the council debated its housing policies. While considering loosening its ordinance on accessory dwelling units, the city initially considered drawing a boundary to block ADUs from wealthier areas of town that already lack low-income housing. (They eventually agreed to allow ADUs citywide).

The council is still debating where to allow micro-apartments, or single-room occupancies. That work slowed after members agreed there were geographical inequities when data showed the policy would still prohibit the micro-apartments in much of the East Bench.

Other possible changes in Sugar House

Many of the proposed design standards that developers would have to follow in Sugar House are already required when they go through the design review process, but they’d be required for all new buildings, big or small, moving forward.

The changes largely seek to promote more active spaces and aesthetically pleasing designs on buildings made with durable materials.

They’d also include some new streetscape standards that would lead to slightly wider sidewalks, though Councilman Andrew Johnston and the Sugar House Community Council suggested the proposed new widths were still too narrow.

“The streets still only support car use, the sidewalks need to be wider and the signs are not useful for pedestrians,” Johnston said in a Facebook recap of the meeting.

Among its issues: the council wants 10-foot sidewalks in the core and 8-foot in the secondary; it wants no live/work exception for ground floor uses and instead to require retail; it wants one active entrance every 30 feet, rather than the proposed 40 feet; and it wants a maximum facade length of 200 feet.

Anyone wishing to weigh in should attend the upcoming City Council public hearing on the topic, expected March 3 (or send emailed comments as a second option).