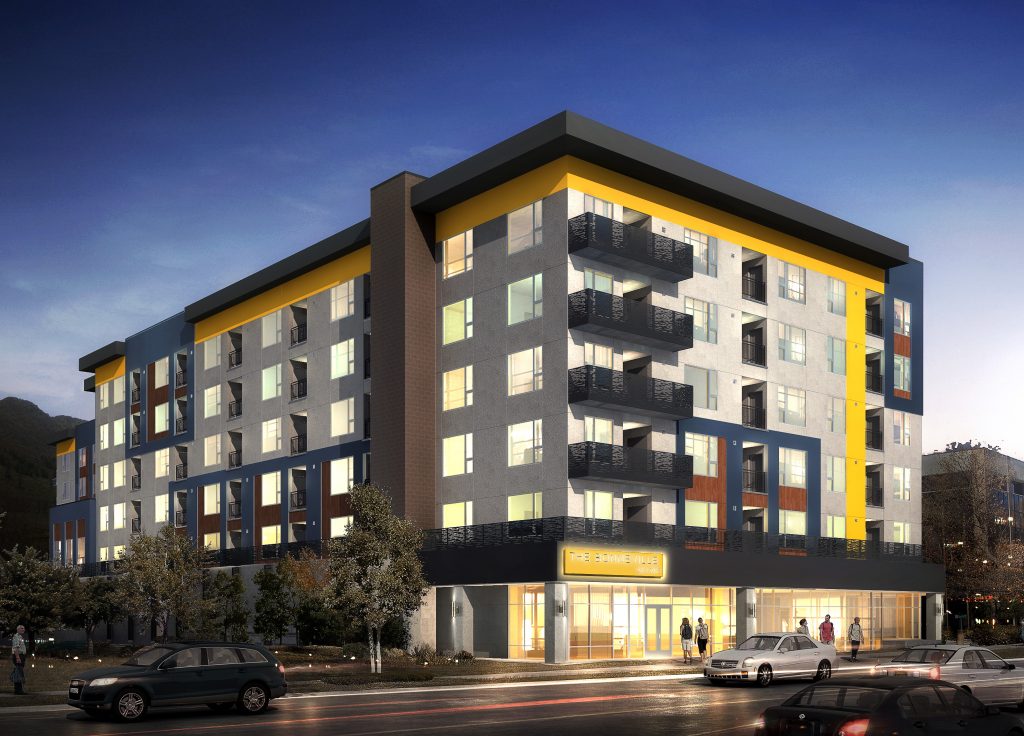 Downtown Salt Lake’s recent growth is just the tip of the iceberg according to Dr. Arthur C. Nelson, a professor of Urban Planning and Real Estate Development at the University of Arizona and former professor of City & Metropolitan Planning at the University of Utah.  Nelson, was the the keynote speaker Friday in the Downtown Alliances’ State of Downtown event at the Depot.   The professor presented his own analysis of downtown Salt Lake and argued that the Utah’s urban center isn’t meeting the growing demand for downtown living.

The Downtown Alliance released its yearly “State of Downtown” report Thursday and the numbers indicate that Downtown is growing, in not only attracting new businesses to downtown, but hundreds of new residences.  According to the Alliance, 1,800 new residential units were either completed, under construction or proposed in the downtown area as of June 2015.  The Alliance defines downtown as the area between Interstate 15 to 300 East and North Temple to 500 South.

Six developments with a combined 700 hundred residential units have opened in the downtown area since 2013: 664 City Station, Broadway Park Lofts, Liberty at the Gateway, North Sixth, Bridges at Citifront Phase II and Seasons at Library Square.

Another 840 units are actively under construction in or directly adjacent to downtown, with hundreds more proposed or slated to start construction later this year.

But according to Nelson, downtown leaders aren’t taking advantage of the regional demand for downtown living.

“We are entering a new phase where downtowns are again attracting people,” said Nelson.

In a survey conducted by the Alliance, six percent of respondents rated living in downtown Salt Lake a 10 based on a 10 point scale with one being “not at all” and ten being “very important.”  According to Nelson, two to three percent is the typical response other cities get in similar surveys.

Nelson presented what he calls the “Nelson’s rule,” that argues that even poorly maintained downtowns, have a market demand of at least one percent of the metro population, while a maintained downtown will attract at least two percent of the metro population.  That means that of the Salt Lake metro’s estimated 1.2 million people, there is a market demand for at least 12,000 people.  Nelson argues that for Salt Lake that demand could be higher because downtown Salt Lake is also the regional urban center for the entire Wasatch Front, with an estimated population of 2.4 million.   Applying Nelson’s rule to the Wasatch Front would indicate a market demand of least 24,000 residential units in downtown Salt Lake.

The Alliance report cites a lack of “workforce” housing in downtown as an impediment to residential growth.  Most residential units in downtown are either affordable housing or higher end, luxury units making rents out of reach for many in the middle income brackets.

Nelson argued that there is an immediate demand for at least 6,000 new workforce or middle income residential units in the downtown area.  With just under two thousand units added or soon to be added to the market, that leaves a gap of 4,000 new residential units still needed to meet current demands.

With the Wasatch Front expected to swell to a population of 3.9 million by 2050, Nelson estimated that in 35 years close to 50,000 people will want to live downtown and that downtown has the room to accommodate that growth.

“There is a lot of asphalt in downtown Salt Lake,” said Nelson.  “That means converting parking lots to four to six story (residential) structures.”

“You bring in the people in, then you get economic development,” said Nelson.

Even with a county-wide vacancy rate of around three percent for multifamily units, the Alliance report noted that developers are weary more rental units may be entering the market than the demand warrants.

Corey Johnson, vice president of Wasatch Properties told a media panel that he projected a slow down in construction of multifamily units by 2017.

“The market is absorbing the demand right now,” said Johnson.  “But how deep is that market?”

May 20, 2021
As if you need reminding that Downtown investment and construction is showing no signs of slowing, Edison House social club at 335 South 200...
Read More