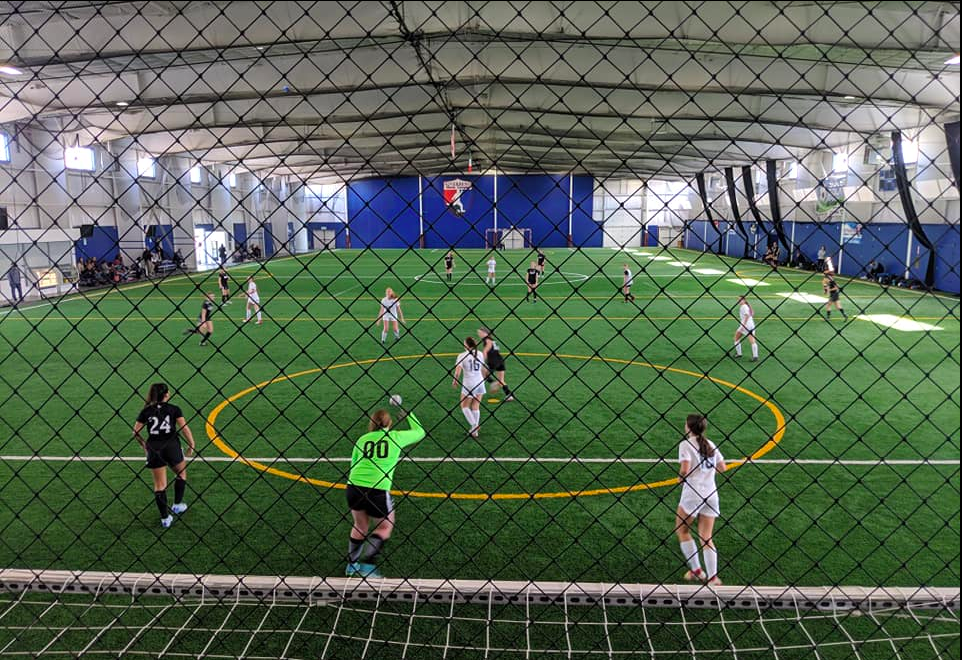 In Utah, the state legislature has written a series of restrictions on where bars and clubs can be located, apparently reflecting a fear that alcohol being sold inside businesses near parks, public facilities, churches, or schools will do harm to children.

The only public comment received by the Salt Lake City’s Planning Division on the conditional use permit being sought by the Riverbend Sports and Events Complex Bar at 1075-85 Winding River Cove in Salt Lake City was a concern about the proximity of kids to alcohol.

It’s probably fair to say that such anti-mixed use sentiment has hampered the growth of many businesses and neighborhoods in Salt Lake City.

How much value, walkability, and tax revenue have been smothered by state restrictions on the serving of alcoholic beverages in and around city parks? Or because there is a church or school within 660 feet of a proposed food + beverage business?

The Riverbend complex is located in an area of the city that is open to a mix of uses, zoned Light Manufacturing M-1. Yet parking rules and other requirements dictate a suburban development pattern in areas with “light industrial” zoning, which is clearly reflected in the area around Riverbend.

All of those uses will be incorporated by the next iteration of Riverbend Sports + Events Complex, at 1075-85 Winding River Cove in west Salt Lake City.

Located in a suburban-style office park between Redwood Road and the belt route around the city (I-215) – and bordered on the west by the twin channel to the Jordan River, the Surplus Canal – it is included in the city’s newest Redevelopment Agency project area, the 9-Line CRA.

In an arrangement certain to make happy adult soccer players who like to have a beer after the game, Riverbend will welcome a bar tenant to its new building. To be sandwiched between its two existing warehouse-like structures, the Riverbend bar’s conditional use permit was approved by the Planning Commission on May 26.

In response to the single public comment on the project, noting the incompatibility of kids and a bar, Keven Rowe, representing the owner, explained to Building Salt Lake that the bar space will be separate from the rest of the new building, with its own entrance.

Rowe, an attorney at Jones Waldo, told the Planning Commission that the addition of event and bar space at the complex will enhance the viability of both businesses.

“It allows Club Karamba to have better parking access – right now in Sugar House it has a real issue with parking and it’s also a little bit away from its main clientele.”

The area west of Redwood Road has been zoned by the city for light-industrial use, accompanied by minimum lot sizes, yard sizes, setbacks, and parking requirements that reinforce an auto-dominated development pattern.

In its proposed parking ordinance revisions, the Planning Division is proposing that 80% (BSL estimate) of the city remain this way.

The city’s Redevelopment Agency has included the Riverbend environs in its newest project area, the 9-Line CRA.

The RDA has modest projections for its 20-year collection of tax increment revenue along the 9-Line, which is being formally adopted by the city council this summer.

According to a recent staff report, over the 20-year life of the Community Reinvestment Area, the RDA expects only $24 million (rounded) in revenue from tax increment growth. The following square footage numbers are projected:

The city’s requirements for the facility’s new iteration is 275 parking spaces. By paving a large parcel NW of its current buildings, Riverbend will add 212 additional spaces, totaling 372.

Given that the facility is probably over-parked, one might wonder if the new surface lot might be redeveloped in the future. Much of it depends on whether that parking is required in city code.

Riverbend site plan, including parking; The map in the new parking ordinance, which seems to consign 80% of the city to auto-dependent development. Images courtesy SLC Planning.

Under current and projected requirements in the city’s parking ordinance, the rules for the project’s uses – recreation facility, office, bar, athletic fields – will largely stay the same.

Which means that the new ordinance will still require 115 of the 212 new spaces being built to remain.

Is this the west side’s future?

The RDA’s projected numbers for housing are infinitesimal – 260 units for the entire 738-acre 9-Line project area.

The city seems content to shepherd more of the same suburban-style development through the new parking ordinance, the RDA 9-Line CRA project area, and the Westside master plan of 2014.

The tentative tone about change in general is set in the first bullet point of the master plan’s vision: The west side will be “A seamless pattern of stable residential neighborhoods.” Does this mean 89% of the area’s residential zoning will remain single-family, a figure cited in the plan?

This, despite multiple crises acknowledged by city leaders, including the valley’s air quality and housing supply + affordability.

As the Riverbend project demonstrates, diverse commercial uses will develop nearly wherever they’re allowed. Why not in – not next to – west side neighborhoods?