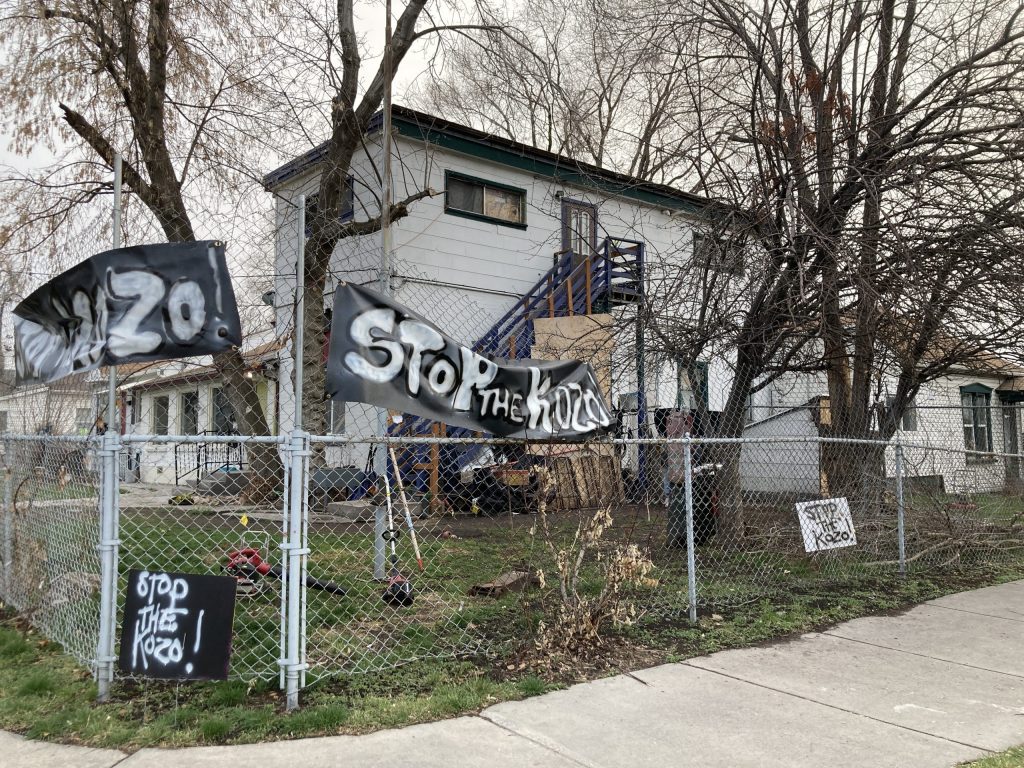 A project that was subject to intense backlash among groups who saw it as displacement has been altered and is now back for review by the city.

The Kozo House Apartments once sought to bring 356 units in a building made up entirely of studio apartments and ground-floor retail at 613 W. 200 N. on the city’s west side.

After protests and attempts to save a row of single-family homes on the site, developers submitted a new application and moved ahead with demolishing the houses this year. The proposed building is now a third smaller and includes less retail and larger units.

“The property is currently vacant land following the demolition of the existing residential structures in 2022,” the developer wrote in an application this month. “The proposed development will consist of a mixed-use residential and commercial project encompassing nearly the entirety of the site.”

The planned development application was submitted by dbURBAN Communities. It’s not clear whether the former developer — Modal Living — has moved on from the project. That company’s owner had told Building Salt Lake he planned to resubmit the project after delays, but declined to share more information.

They appear to have stayed hyper-focused on this particular development, including asking truck drivers to display demolition permits at the site as they drove away this year. (Demolition permits were drawn by the owner in June 2021.)

The homes that were demolished had been rezoned over the years to Transition Station Area, one of the highest-density zones allowed. Zoning that encourages replacing low-density housing and commercial or industrial space exists within walking distance to light-rail transit, such as along North Temple.

Put another way: when the City Council rezones an area to allow more houses to replace fewer houses, due to its close proximity to transit that would provide sustainable transportation if density went up. That higher density zoning incentivizes developers to purchase properties, demolish and build.

That’s why developers have been loading up on projects all along the North Temple corridor, from I-15 to the airport, including the Kozo and dozens of other properties that will follow suit in coming years.

In total, a relative handful of homes and businesses will make way for space for over 5,000 new people to live on the west side, including hundreds of people in the new units at Kozo.

Adding more housing stock will have the longer-term effect of providing more homes in the capital city. But it also gives rise to immediate concerns over who is being pushed out of the neighborhood.

Kozo has always stood out as a contrast because it would sit on the edge of TSA zoning in the neighborhood, which then transitions to largely single-family uses up 600 West.

Salt Lake City largely lacks zoning that allows what is known as “missing middle housing,” or the type of gentle infill such as duplexes, fourplexes, eightplexes or greater, that is the same scale as single-family residences but which doesn’t stand out or impose over smaller buildings.

That kind of housing can help to act as a buffer between high-density apartments and low-density neighborhoods. The Kozo will stand in sharp contrast, an abrupt end to transit-area zoning on the block.

Across the street, homes are zoned SR-1, which encourages one- or two-family housing.

The latest rendition would bring a six-story building to the neighborhood. It would include 242 units in a mix of studios plus one- and two-bedrooms.

It will be similar in scale to the previous rendition, which had received approval to move ahead before apparently stalling. (Modal Living had also stalled on a different, much smaller project in the same timeframe in Liberty Wells.)

Not all details — such as quantity of parking provided — are immediately available. The application makes clear the project will have fewer than one off-street parking space per unit, or at most 121 parking stalls in all.