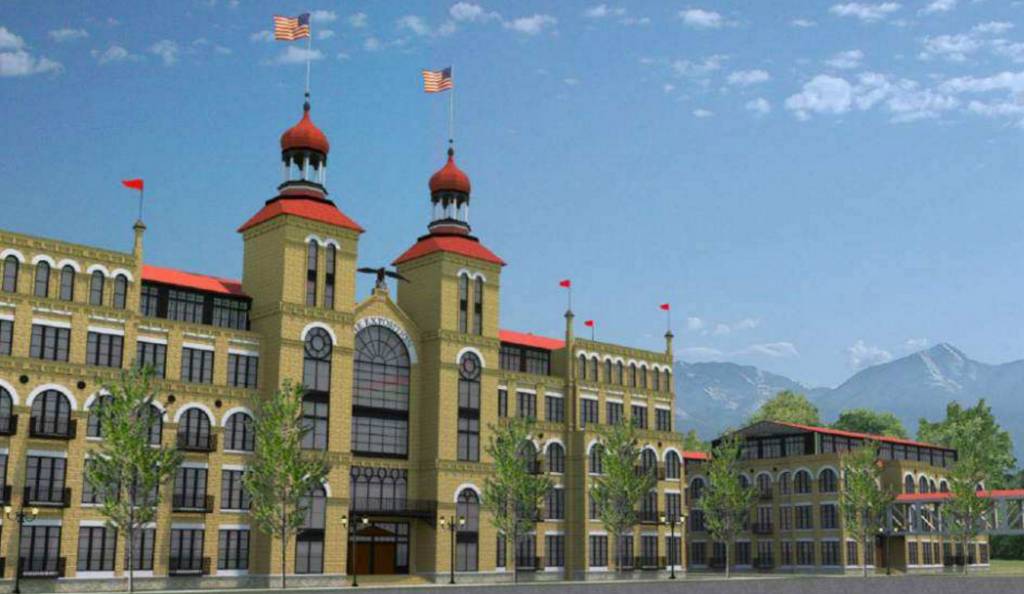 In changing times for retail, it’s not surprising that the owners of Trolley Square shopping center have been focusing on the success of the business spaces carved into the historic streetcar barns between 600 and 700 East, 500 and 600 South in Salt Lake City’s Central City neighborhood.

Just four years ago, the mall’s owner had grand visions of an architecturally rich, five-building residential complex south of 600 South. Those 3.5 acres include a large surface parking lot and four houses recognized as contributing structures to the local Central City Historic District.

Covid happened, but so did major retail investments in the core of Downtown, like City Creek Center. It hasn’t exactly been boom times over the last decade for the Salt Lake City icon built in 1908. Since its conversion to a shopping center in 1972, locals have flocked to Trolley Square’s unique mix of local and luxury retail.

Proximity to TRAX light rail, Liberty Park, University of Utah, and Downtown make it one of the most desirable and walkable neighborhoods in the city.

Trolley Square aerial from the south-southeast, towards Downtown. The site in question is the surface parking lot, center-right. Images courtesy Google Earth.

In 2017 and 2018, the mall’s owner, local Khosrow Semnani of SK Hart and Trolley Square Ventures, pursued zoning changes (to FB-UN-2) and Historic Landmark Commission approval to construct a sizable, five-building development on its southern border. He received most of those approvals.

The main parcel is well-known by Salt Lakers. It’s the surface parking lot south of 600 South linked to the mall by a black sky bridge.

“I’m not going to develop it myself; somebody has to buy or lease the property,” Khosrow Semnani told Building Salt Lake this week. Semnani has owned the property since 2013, when he bought it out of receivership.

“That property has 240 parking stalls, and we’re trying to keep it for Trolley. For us to convert it into apartments or a hotel, it would require replacement of the parking. That’s the challenge,” he expressed.

His ambitious plans in 2017 and 2018 included five buildings, heavily residential with a smattering of retail. Original renderings had a flair rarely seen in contemporary Salt Lake City architecture.

Semnani navigated the city’s Historic Landmark Commission, receiving permission to demolish two of the four historic structures included in the site plan. He spoke at the time as if he was prepared to move the two other contributing structures where he was refused a demolition permit – 658 East and 665 East.

When asked why he hasn’t tried to develop the parcels south of 600 South, Semnani expressed his focus on Trolley’s retail and his dissatisfaction with the development proposals that have come his way.

“We want to put in a Class A type of thing, something that really adds to the neighborhood. Not just another box that you see going up everywhere.”

Despite his success in getting the zoning changed to FB-UN-2, the project has not moved forward.

“We’re not pushing it like we should,” Semnani admitted. “A lot of my attention has been on making Trolley Square a success, which is doing very well by the way. We recently signed three more leases, and I’m happy about its performance as a shopping mall.”