Why aren't we seeing more new condos being built in Salt Lake City? It's complicated. 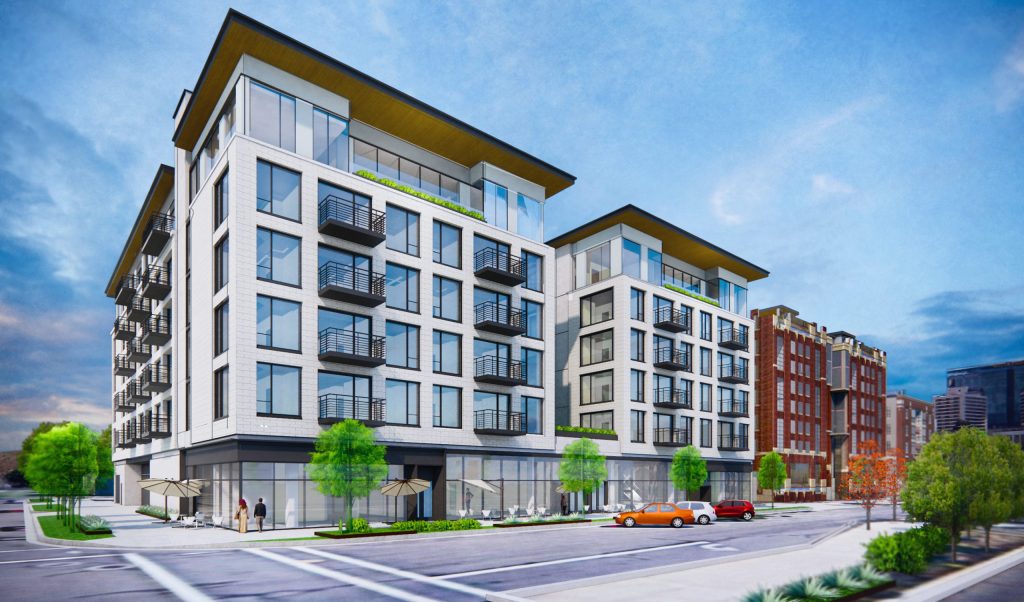 When CW Urban announced it would construct a new residential building across from Pioneer Park, one thing in particular stood out.

It wasn’t necessarily its design, its unit count, its height or anything about the appearance that made it particularly noteworthy in a sea of similar competing buildings nearby.

It was that its 120 units in six stories overlooking the park would be available for purchase, a rare condominium build in Downtown Salt Lake City amid an ongoing gush of rental apartment construction.

Developers are busy adding thousands of new units Downtown and in neighborhoods adjacent to the capital city’s urban core. Nearly every one is a rental project.

Salt Lake City is in a multi-family building boom, but it’s rare for any of these new projects to be for-sale. Even CW, which claims to have built more for-sale housing than perhaps any other Salt Lake City developer in recent years, reverted its project into an apartment building, one that will generate cash-flow over time without requiring the lengthy process of selling individual units.

Make no mistake: There is demand for attached for-sale homes in the capital city.

“The market for condos is really pretty strong right now,” said Chris Corroon, a consultant who helped sell the condos at the Gateway and City Creek Center. “The resale market down at City Creek is very active. We’ve sold stuff over $1,000 a square foot down there.”

But why isn’t that demand translating into more condo and townhome projects?

Salt Lake City is considered one of the most bullish for continued investment in multi-family residential projects, and there are no indications the boom that started in the past decade is slowing.

Developers tell us there are a few key issues — some inherent to home-building and others unique to the market — that are tipping the scales away from for-sale construction and toward big rental apartment projects.

One of them may start to change with the emergence of more out-of-state developers with experience building bigger projects.

“We don’t really have any experienced condo developers like you see on the coasts, in San Francisco and Seattle,” Corroon said. “It’s just not there yet. I think it will catch up.”

Other deterrents seem more to do with constant risks and disincentives of residential construction. Here’s what we heard.

The time to sell

When hundreds of condos at City Creek Center opened around 2012, it marked the addition of some of the only such housing Downtown after decades of keeping residential uses out.

But it marked the beginning of a long process of selling each unit that only wrapped up last year.

For-sale projects of any type take time to sell, whereas builders can at times sell an apartment building to a buyer before even finishing and renting out the units.

CW Urban had another for-sale project, The Charli, in the city’s Central 9th neighborhood, that was set to add another 91 for-sale units just outside Downtown. That, too, was converted to a rental apartment building and sold before construction even finished.

“If you’re building a large condominium project, you’ve got to have strong staying power,” said Peter Corroon, who is working on a small townhome project in Liberty Wells. “It’s going to take…less time to rent out 150 apartments than sell 160 condominiums. The financing is a lot different.”

Another developer, who has built for-sale and rental projects in the city and spoke to us on background, said it can require a team, a hands-on approach and years to sell out a new condo building.

“It’s a process. And it’s time-intensive and resource-intensive,” the builder said. “To go into for-sale, you have to build out a whole team: Manage marketing, timelines, etc. Walk-throughs, punch list items with individual buyers.”

“It’s a much different process for apartments,” they said. “You’re hiring a management company and you’re worrying about a lease up.”

Another deterrent sending developers toward the rental market — one that was cited in six separate conversations — is liability from lawsuits.

There was a widely cited fear that, should a developer complete a building, sell it out and then have issues related to construction, they’re exposing their company and financial backers to risks of costly lawsuits that could be better avoided by building apartments.

That sort of liability can drive up costs while builders work on penciling out a project, some said.

“Insurance is a big deal,” Chris Corroon said. “Architects have issues. Builders have issues. The liability is higher because of…defects.”

Rather than take on the liability and pay the taxes on each individual unit sold, developers instead could create a long-term money-maker, some said.

In CW’s case, the unknowns from COVID’s potential long-term impacts on Downtown living posed too much of a risk to take on.

“Our strategy pivot was a way for us to eliminate known and unknown risks and ultimately was a better economic decision for our company,” said Darlene Carter, president of CW Urban, which is a Building Salt Lake supporter. “One of our core beliefs is still that downtown needs more for sale housing.”

The acute risks related to the pandemic also just add onto the at-times tricky prospect of making money on building homes.

Paul Svendsen, too, wanted to add a for-sale townhome building in the city’s Ballpark neighborhood, which has attracted multiple mid-density for-sale projects in recent years.

After receiving approvals around design and construction, Svendsen said he couldn’t make financing the fourplex work out.

He changed his concept to an apartment project with 22 studio units. Construction is yet to begin.